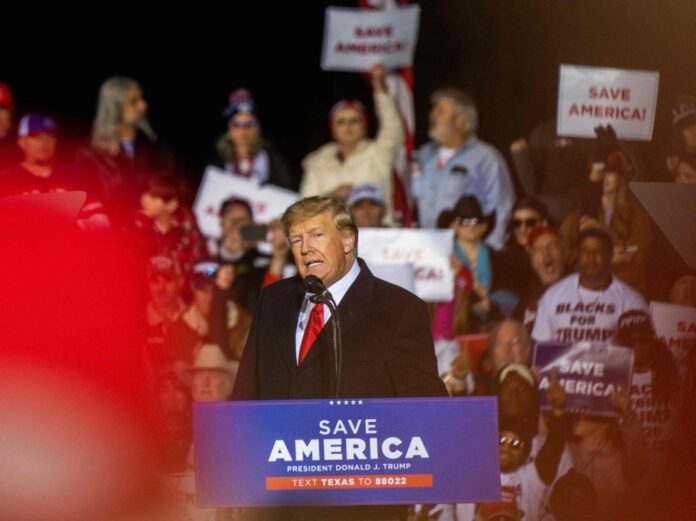 Trump promised, among other pledges, that if Republicans took back the House and the Senate in November, they would investigate corruption in the Biden administration; repatriate millions of illegal aliens who have crossed the country’s borders since Biden took office; and pass legislation barring non-citizens from voting in any state.

These are not policies with which Republican leaders — like House Minority Leader Kevin McCarthy (R-CA) and Senate Minority Leader Mitch McConnell (R-KY) — would disagree, but they have not yet presented a formal policy agenda.

The Washington Post reported this month that the party is working with former Speaker of the House Newt Gingrich, who led the 1994 “Republican Revolution” with his “Contract with America.”

Republicans are expected to focus their new platform on education policies aimed at tapping into parental discontent; countering the rise of China with new economic measures; and “oversight” of the Biden administration. They are also looking at invoking other traditional GOP goals such as cutting taxes, restricting immigration, criticizing Silicon Valley and repealing environmental rules.

In addition, McCarthy recently told Breitbart News about the core issues on which the party will run in 2022 as part of a “Commitment to America” plan:

Some specific policy items he previewed that will be in it include the GOP’s “Parents’ Bill of Rights,” plans to secure the border and for holding the Chinese Communist Party accountable for the coronavirus pandemic, Republicans’ public safety vision to contrast with Democrat pushes to defund police, energy policies, and perhaps most importantly economic policies to stop inflation.

However, Trump appears to be operating independently, asserting his own vision of what the party’s policies and priorities will be, though his own name will not be on the ballot.

Trump is expected to run for president in 2024, though he has not made a formal declaration yet.