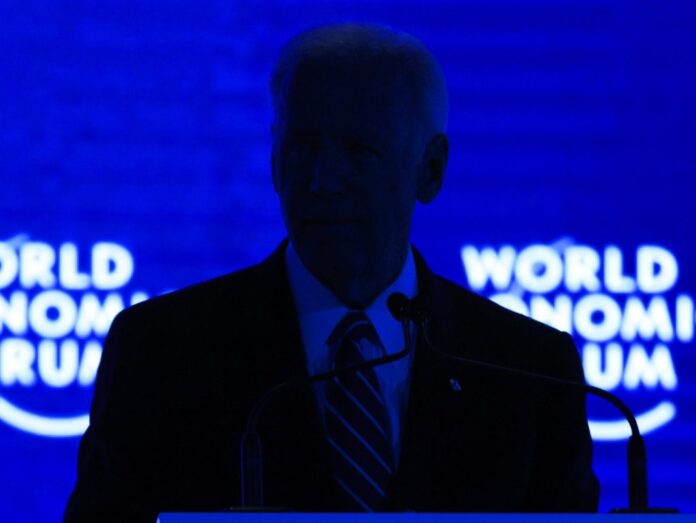 “Dark money” is money spent by groups outside campaigns and political parties that do not have to disclose their donors — either because they are organized as “social welfare” organizations under section 501(c)4 of the federal tax code, or as 501(c)3 charities receiving contributions from donor-advised funds that allow many donors to remain anonymous.

Democrats have claimed for years that Republicans are the primary beneficiaries of “dark money,” ever since the Supreme Court decided in the Citizens United case in 2011 that the Federal Elections Commission could not censor an anti-Hillary Clinton film before an election because people organized as corporations, no less than individuals, have free speech rights.

Clinton and almost every Democrat since has run on a pledge to revise the First Amendment to the U.S. Constitution to limit the ability of corporations to spend on elections. Meanwhile, however, they have built a dominant “dark money” machine.

A single, cryptically named entity that has served as a clearinghouse of undisclosed cash for the left, the Sixteen Thirty Fund, received mystery donations as large as $50 million and disseminated grants to more than 200 groups, while spending a total of $410 million in 2020 — more than the Democratic National Committee itself.

The big-money right was fractured over whether to support Mr. Trump’s re-election. Anti-Trump Republicans started new groups that were welcomed into the left’s big-money firmament: Defending Democracy Together, co-founded in 2018 by the conservative pundit William Kristol, spent nearly $40 million in 2020 — $10.5 million of it from the Sixteen Thirty Fund. And Mr. Trump’s baseless claims about voter fraud hamstrung Republican efforts to compete with progressive groups that spent heavily to promote early and mail voting.

On the left, the prospect of a second Trump term spurred a new class of megadonors, and helped allay lingering qualms about the corrosive effect of secret money among some Democrats.

Republicans are attempting to catch up, organizing their own “dark money” efforts to oppose President Joe Biden and his policies. However, they have much catching up to do. Biden, who struggled early in the race, raised over $1 billion directly in 2020, versus $800 million for President Donald Trump, who was outspent though he had the advantage of incumbency.