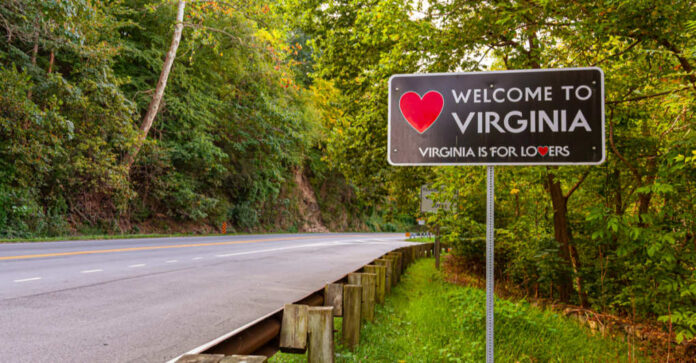 It seems that the liberal left is getting more and more desperate, as well as furious by the day. As the November midterm elections draw closer, the party continues to lose steam and supporters. And nowhere is that more true than in the state of Virginia.

Here, you’ll remember that a complete Republican takeover was awarded to the state recently. Not only was the Democratic Party ushered out of the governor’s mansion but also from the offices of lieutenant governor and attorney general. And both state legislative houses are also under a Republican majority.

Now, anyone in their right mind would correctly take that to mean that the practices of those who held those offices before weren’t working for the people of Virginia. Of course, that’s not what the political left thinks. Instead, they’ve blamed the upset on a myriad of factors, including election fraud (oh, where have we heard that before) and racism, as if somehow putting the first African American woman ever into the lieutenant governorship is racist.

The point is that the Democratic Party isn’t happy about their losses in Old Dominion. But rather than use those as a learning experience, teaching them to maybe change a few of their tactics, apparently, the idea is to sabotage any and everything the new leadership does.

Naturally, the brunt of this targeting is aimed at newly inducted Governor Glenn Youngkin, who heavily campaigned on the idea of fighting woke tendencies in public education.

On his first day in office, Youngkin stood by those campaign messages and promises, signing an executive order that banned education philosophies like the now-infamous critical race theory or CRT from Virginia schools.

If you haven’t heard of CRT, it is basically the philosophy that all of history and current day society should be looked at through the lens of race. And that means that if you are a minority, you have been oppressed your whole life and wrongly shunned while white people have been oppressing you. In addition, it teaches that whites are inherently privileged, thanks to their racism, and need to check that on a daily basis.

Naturally, the idea is quite divisive and completely racist. And as such, leaders like Youngkin, who actually want what is best for our future generations, are working hard to make sure that Virginia’s youth aren’t corrupted by concepts that could destroy us.

And now, he’s doubling down on that, making sure that if CRT does make its way into classrooms, parents have a way to anonymously report it, as well as any other concerns they may have with their school.

In an announcement on Monday during an interview with Virginia radio host John Fredericks, Youngkin said he would be installing a tip line for parents and guardians who notice CRT and other divisive or dangerous practices in their classrooms.

He told Frederick that while there is no actual CRT class or courses in Virginia classrooms, unfortunately, that doesn’t mean that some teachers and staff members don’t use it.

For example, he explained that a game called “Privilege Bingo” had been found in a high school in Fairfax County.

Like most bingo games, the squares were filled with answers on a certain topic, this topic being privilege in America. Characteristics such as being white, male, Christian, from a military family, or just being able-bodied, counted as privileged while being female, a minority, disabled, etc., didn’t.

As you can imagine, some parents, as well elected officials, weren’t too happy when such a game was discovered. And it flies directly in the face of leftists who say that CRT isn’t even real or that it doesn’t exist in schools.

They can say that all they want, but as Youngkin and most parents with school-age children know, it’s just not the truth.

And so, from now on, as Youngkin says, if “they feel that their fundamental rights are being violated, where their children are not being respected, where there are inherently divisive practices in their schools,” they can report it “right to the source.”

Youngkin might not be doing himself any favors with this move, but he’s certainly paving the way for a brighter and more cohesive American future.