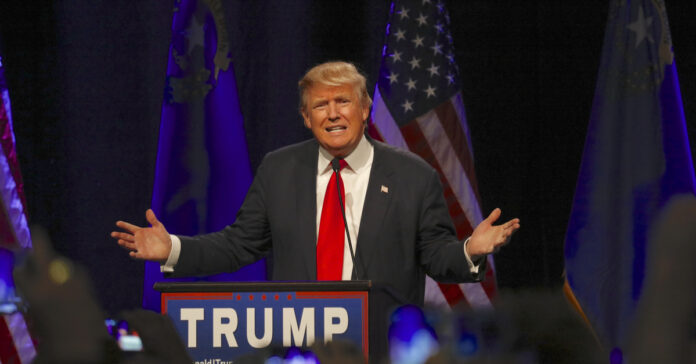 Since Donald Trump was elected President back in 2016 people have been clamoring for his head. They have taken every possible action and route to try and undermine his Presidency and his past. When he left office in early 2021, the deeper attacks on his character and his time in the office got ramped up full force.

The latest and most prominent attack has been concerning his response to the January 6th insurrection of 2020. The storming of the Capitol building was monumental and widely divided Americans. As a result, thousands of pages of documents have been procured against him, and 700 of those pages have been held up in contestation for some time now. Going along with two lower court rulings, the Supreme Court is refusing to hear the argument about these 700 pages of documents to go through for the investigation.

Executive privilege is the rationale Trump wants to use to keep the documents quiet and kept out of the case. Unfortunately, as so many of the cases against the insurrectionists can depend greatly upon these documents, they must be allowed. This is the unfortunate situation you easily find yourself in when you have become a light to the world for many people. As the admiration and respect pile up, the level of responsibility and people looking to take you down also goes up.

As White House Counsel Dana Remus wrote in a letter to the National Archives back in 2021 “President [Joe] Biden has determined that an assertion of executive privilege is not in the best interests of the United States, and therefore is not justified as to any of the documents.” This idea is something conservatives would be demanding of the progressives when it comes to the mental health of President Biden and many other things. With Biden setting this example now, he is leaving himself open to having a lot of his mistakes widely exposed.

This refusal to consider suppressing the documents has the potential to be a real blessing in disguise for many Americans and Republicans as a whole. While many think this is just going to be a horrible situation for conservatives, it now lays down a whole new framework for transparency from the White House. Especially when it comes to their communications with the Department of Justice; since that is who most of the communications are with.

Given the history of the two hiding communications and being less than upfront with how the communications are progressing, it is natural that Trump would want these suppressed. Yet he also knows that sometimes a great leader must fall on his sword for the cause. Perhaps this will be Trump’s moment? Then again, with his allegations that he had no advanced notice and had nothing to do with the situation these could be the very documents that exonerate him from any wrongdoing.

Preventing records from being heard is not uncommon, nor is it surprising. Given the value and information that may be contained within, some of the information may come down to national security. Should that be the case, most of it will be redacted before the American people can read the documents and gain a deeper understanding of what may have transpired that day.

Anyway, the case goes for Trump, the table has been set and the progressives are ready to fight for every inch they think they have. Unfortunately for them, we are ready to fight back, and given the evidence of how much they were responsible for and how they failed to perform, it is almost a guarantee that this ruling won’t do anything to Trump. The left had their head too far up their backside on Jan 6th and paid the price for it. They encouraged their actions, even if they don’t want to admit it.