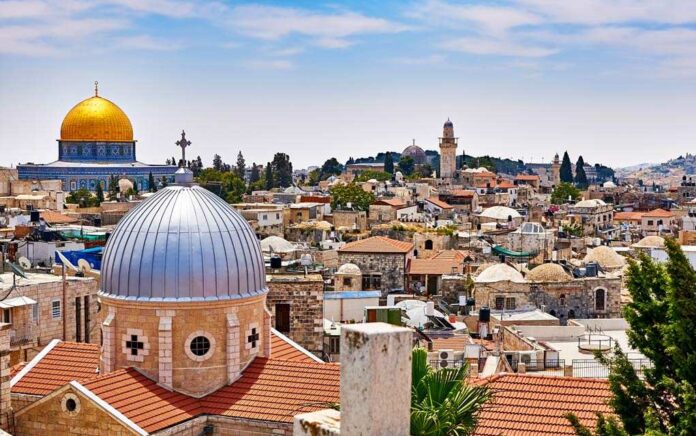 While Joe Biden sits in his rocking chair in the White House wondering if he will ever be able to take off his facial diaper, the nation of Israel is fighting terror at their gates. Hamas came at Israel with thousands of rocket attacks which forced Israel to retaliate and target terrorist strongholds. Many Democrats attacked Israel verbally for defending themselves, but that did not stop Israel from doing the right thing by protecting its people.

There is a vast difference in the way that Hamas attacks and the way Israel responds. Hamas launches deadly rockets indiscriminately and hopes to kill everyone in the blast radius. They do not even care if they kill their people living in Israel lands.

But the Jewish nation warns and targets specific areas. They tell people that they are launching an attack at a specific location so people can flee the area and save their lives. If they remain in the area, their lives are in their own hands.

Hamas loves to lie about everything they say. They are known to drum up casualty totals to make Israel the bad guy, even though they started the fight. The latest lie they tried to tell was that Israel randomly hit a building and killed many civilian people. But as the facts would soon show, that is just not the case.

Reporters from the Associated Press tried to side with Hamas and reported on their side of the story. But they were quick to find out that Benjamin Netanyahu, the Prime Minister of Israel, quickly set the record straight. He noted that they were not “lucky” strikes. But they were, in fact, well planned out missions.

The Jewish leader stated that “The interesting thing is I would say that, you know, all the journalists, one of the, I think, AP journalists said we were lucky to get out.” The truth is that the reporters were not just lucky. They were warned ahead of time to leave, or they would be caught in the war zone.

Without the support of Biden or anyone else in the Democratic Party, Netanyahu stated, “No, you weren’t lucky to get out. It wasn’t luck. It’s because we took special pains to call people in those buildings to make sure that the premises were vacated. And that’s why we brought down that building.”

The military of Israel knew exactly what they were doing. They knew what it would take to level the complex. And they were nice enough to tell people to leave the area or risk losing their lives. Any person that stuck around to see the attack put themselves in unnecessary danger.

Netanyahu noted very specifically that “And look, you have your own experiences, I think, in Mosul, [in] Fallujah, [in] Afghanistan. I think you can appreciate the efforts we go through in dense urban fighting when terrorists are targeting civilians who are hiding behind civilians, how difficult that is. We do our best to avoid civilian casualties. And we did that yesterday with that building as well.”

There is a lot that old man Joe Biden can learn from Israel’s Prime Minister. He can learn what it takes to defend the citizens of his country instead of putting them dead last behind illegals and home-grown terrorist groups such as Black Lives Matter and Antifa.

The liberals would rather join hands with them instead of defending the rights and freedoms of the vast majority of Americans that have lives to live. Biden has turned his wrinkly back on people and has allowed the thugs of the world to move right on in.

Netanyahu’s message to the world is one that Biden needs to hear. He stated, “And I think any country has to defend itself. It has a natural right to self-defense. We’ll do whatever it takes to restore order and quiet and the security of our people and deterrence. We’re trying to degrade Hamas’ terrorist abilities and to degrade their will to do this again. So it’ll take some time. I hope it won’t take long, but it’s not immediate.” Keeping a country safe takes effort and time. Something that Biden has never learned.