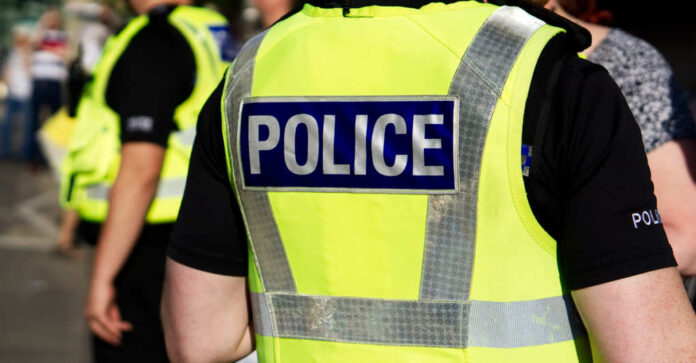 The White House has been making unique and crazy claims since President Biden first moved into 1600 Pennsylvania Avenue. Stopping just short of claiming Trump stole the good flatware, they have been nothing but lies and deceit since the day they arrived. Biden’s choice for Press Secretary Jen Psaki has been making many of these lies well known on his behalf.

One of the biggest lies they have been telling people is that defunding the police would be a good idea. That cutting the money given to officers so they could hire social workers and allow officers less training would help people. Despite this being the mindset behind a group of family members killed by law enforcement for actions they took that put the officer in a choice to shoot or not.

Now Psaki is walking back these words after realizing that defunding the police is a bad idea. While going back and forth with President Biden’s favorite Fox News reporter Peter Doocy, she let it slip out. “Well, I think we should be responsible in how we’re reporting to the public what the roles are and what the reasons are for the surge in crime. Gun violence is a huge reason for the surge in crime. Underfunding of some police departments and their need for additional resources, something the president has advocated for consistently through the course of his career, that’s something we know we need to take action on.”

Doocy is right to be pushing the issue. While President Biden has been pushing his COVID agenda down the throats of American’s left and right, he has completely ignored the rampant increase in crime and deadly shootings. As a country, the murder rate is already at a 25-year high and it’s not even February. At this rate, things are only going to continue to get worse for us as a Nation.

Both Psaki and President Biden are happy to see this happening. Somehow in their twisted little minds, it gives them a better excuse to push for more of their socialist agenda. Like the claim that it isn’t working because it hasn’t happened with these 246 other things that are needed to make their agenda work. Like the uptick in murders will get their Build Back Better or infrastructure bills passed. Bills that inherently cause more harm than they fix things.

While Psaki claims that the Biden administration is trying to combat this surge by clamping down on gun trafficking, reducing gun violence, and working to support community policing programs, the numbers don’t reflect that. She claimed that “most people who want to fight crime would agree that’s the right approach.”

Most people think that the ideas the Democrats are proposing will do nothing but serve us up on a platter as a country. They don’t see defunding the police or reallocating their budget into more community resources as a good thing. While it generates a couple of jobs this reallocation of money makes is a great thing for the community, it doesn’t solve the larger overall problem.

Inside the biggest areas with gun problems like NYC, Chicago, New Orleans, and LA all have one thing in common. They lack hope. They lack a way out. They lack an idea of how they can escape their environment and achieve more. Defunding the police just takes away any protection the kids have and instead expects community leaders (many of whom live in safer neighborhoods) to show them the way into a better life. Unfortunately, this is not something you can lead from the sidelines on. This is something you need to be in the trenches to achieve. Until Biden and the rest of the progressives visit these cities without their tour guides, escorts and security, they will have no clue what it is really like growing up there or even living there.