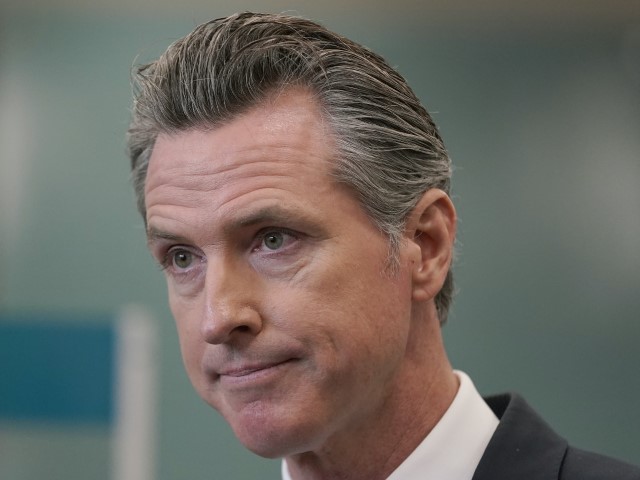 An op-ed from the Los Angeles Times editorial board on Monday excoriated the California Democrat politicians for violating their own rules at the football game while demanding that the citizenry abide by some of the strictest coronavirus restrictions in the country.

“There was understandable outrage when Newsom, Los Angeles Mayor Eric Garcetti and San Francisco Mayor London Breed were photographed without masks during Sunday’s NFC championship game,” the Times wrote. “The three Democrats have championed some of the nation’s most restrictive COVID-19 mitigation measures.”

While the Times praised the coronavirus restrictions as “good rules” that saved lives, the publication could not help but ask what the politicians were thinking when they decided to remove their masks for photo-ops, fearing it would inspire people to flout the restrictions.

“Surely they knew that these images would strike Californians as hypocritical and make them question whether they should stop wearing masks themselves,” wrote the Times. “The images are already being used in the debate, with Los Angeles County Supervisor Kathryn Barger pointing them out to make the case for scrapping mask rules.”

Speaking with reporters on Monday, Newsom said that he kept his mask on throughout the game on Sunday and that he only removed his mask for a photo with Laker legend Magic Johnson when he asked for one. His claim, however, was contradicted by photos and videos circulating online.

Recalling his French Laundry scandal from 2020, the Times concluded that Newsom’s credibility was severely harmed by his conduct at the game.

“We are all tired of covering our faces. Images from the game Sunday showed very few fans wearing masks. But Newsom and Garcetti are among the government leaders saying that masks are necessary in crowded settings. If they expect people to follow the rule, they must show that they’re following it too,” the Times concluded.