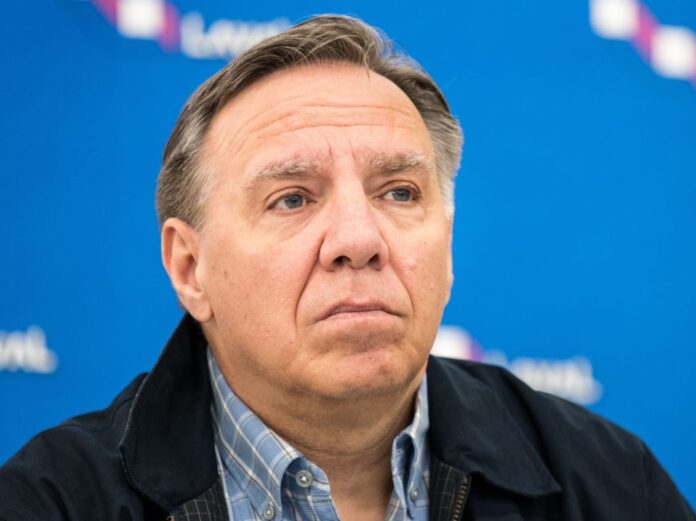 The government of the French-speaking Canadian province led by Premier Fran?ois Legault of the conservative Coalition Avenir Quebec (CAQ) has dropped the proposal to tax residents not vaccinated against the coronavirus after the measure was proposed last month.

Christened a ‘Health Contribution’, the government had initially proposed a “significant” tax of between $100-800 Canadian dollars (?58-466/$78-630 USD) but according to a report from the Quebec newspaper La Presse, the measure has now been scrapped by the government.

“I understand this divides Quebecers,” Legault said at a press conference on Tuesday afternoon and added, “It’s time to rebuild bridges. It’s time to work together.”

Opposition party leaders had criticised the announcement of the unvaccinated tax, with Quebec Liberal leader Dominique Anglade stating, “Mr Legault improvises constantly. He came up with this idea that was not only irresponsible, that was not thought through, that didn’t have any legal support to it.”

Conservative Party of Quebec (PCQ) leader Eric Duhaime labelled the tax on the unvaccinated a “bluff” by Legault saying, “I think the government is bluffing. I do not think there will be a vaccine tax in Quebec. I think this government is putting pressure that is obviously not working, but it is still in a mode of wanting revenge.”

Duhaime has also previously called for Quebec to lift all of its Wuhan coronavirus restrictions as soon as possible, a sentiment that is now expressed by a majority of Quebecers according to an Angus Reid poll released this week.

Quebec’s scrapping of the mooted unvaccinated tax comes as thousands of people joined the truck Freedom Convoy in Canada’s capital city Ottawa over the weekend to protest vaccine mandates and coronavirus restrictions.

While the Freedom Convoy has seen widespread support from some and has raised nearly ten million Canadian dollars on the fundraising platform GoFundMe, Canadian politicians have pushed back against the protestors.

Prime Minister Justin Trudeau labelled the truckers and their allies a “fringe minority” and blasted a select few, including a man carrying a confederate flag and men carrying Nazi flags in an area away from where protesters were gathered.

“We won’t give in to those who fly racist flags. We won’t cave to those who engage in vandalism or dishonour the memory of our veterans,” Trudeau said on Monday after allegedly fleeing his official residence in Ottawa and isolating after allegedly testing positive for the coronavirus.

Ontario Conservative Party Premier Doug Ford has also called on the protestors to leave Ottawa, saying residents of the city should be allowed to get on with their normal lives.

Protestors remain in the heart of the capital as of Tuesday and Ottawa Police Chief Peter Sloly has stated that “all options are on the table” to end the protest including “enforcement.”