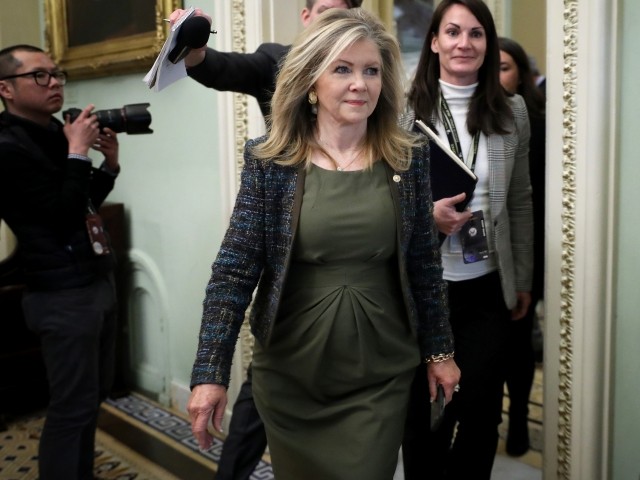 “Today is National Girls and Women in Sports Day, and to all of the women and girls who are striving to achieve their goals, despite all of the setbacks and the challenges, I want you to know that we are here on the sidelines cheering you on,” Blackburn said in a video distributed to the media. “There is legislation, the Protection of Women and Girls in Sports Act, that I am co-sponsoring. We are determined to make certain that you have the ability, the right, the opportunity to achieve your goals. Get out there, compete, and win.”

Activists in the LGBT rights movement have successfully pressed institutions, including the NCAA and the International Olympic Committee, to allow men to compete against women in sporting competitions. The policy has resulted in female athletes losing contests and even scholarship opportunities.

The uneven playing field has motivated both conservatives and feminists to act to protect the standing women have gotten in sports and other areas under the federal Title IV statute that prohibits discrimination based on biological sex.

The Women’s Liberation Front (WoLF) endorsed the bill when it was introduced in 2020 and referred to the Committee on Health, Education, Labor, and Pensions:

When men and boys are allowed to compete in athletic leagues designed for women and girls, they deprive female athletes of the opportunity to fair and safe participation in sports, and negate all benefits derived from athletic participation.

“We’re glad to see that some in politics are still committed to preserving women’s and girls’ sports, rather than chasing the latest political fashion trend. We endorse the Protection of Women and Girls in Sports Act, and we call on the Senate to represent the interests of the overwhelming majority of American voters who support fair play for women and girls,” said Natasha Chart, Executive Director of the Women’s Liberation Front.

The Senate version of the bill, which has a companion bill in the House, states:

This bill makes it a violation of federal law for a recipient of federal funds who operates, sponsors, or facilitates athletic programs or activities to permit a person whose sex is male to participate in an athletic program or activity that is designated for women or girls.

The bill specifies that sex shall be recognized based solely on a person’s reproductive biology and genetics at birth.

Lawmakers crafted the legislation after President Joe Biden signed an executive order on his first day in office ordering federal agencies, including the Department of Education, to interpret “federal anti-discrimination statutes that cover sex discrimination prohibit discrimination on the basis of sexual orientation and gender identity.”