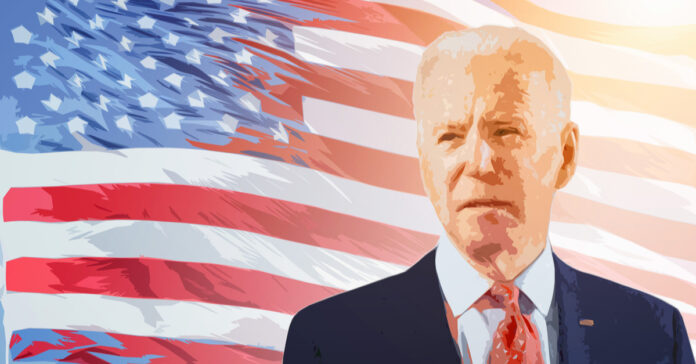 Since President Biden’s quest to name his own Supreme Court justice became a reality the American people have been dealing with his predetermined fixations. He has already promised that he knows exactly the type of person he wants to see as his pick, a black woman. No chance of getting it if you’re a man or if you aren’t black.

Now a new ABC News/Ipos poll has confirmed what Americans already knew without talking about it; this is wrong for America and a bad move for President Biden. 76 percent want him to consider “all possible nominees”, while the other 23 percent are fine with him honoring his promise of a black woman taking the seat.

The funny thing is even when weighted by race the nonwhite delegation only bumped it up to 28 percent for him to only consider black women. When looking at the results by party 54 percent of Democrats still preferred, he weigh all the options. This does not bode well for his choice no matter what way he chooses to go. While these poll results are not surprising, it does not bode well for Biden and his desire to push the liberal agenda.

Last week Biden doubled down on his promise and proved how dedicated he is to nominated someone specific with “extraordinary qualifications, character, experience, and integrity. And that person will be the first Black woman ever nominated to the United States Supreme Court. It’s long overdue in my view. I made that commitment during the campaign for president, and I will keep that commitment.”

Never mind that this commitment flies directly in the face of how people are to be considered for these positions. They are expected to nominate someone without thought to race, color, creed, sexual orientation, or gender. Biden’s decision to specifically target a black female only for this position sets a very dangerous precedence if she is allowed to take the position.

It almost seems as if he is trying reverse psychology here to play the long game. By nominating her with his pre-bias in mind, he makes an illegal decision, and she is rebuked and unable to take the appointment. Then after he fails to get her in, he proclaims the right is racist and sexist and uses this as a ploy to get more support in the 2022 midterm elections.

Mind you this would take a brain functioning at 10-fold what President Biden’s does, but it would be an impressive but bush-league strategy. It would have the ability to get those easily led on their side, but not beyond the one election cycle and it would ultimately be more dangerous to the party.

Former SC Governor Nikki Haley spoke out about the nomination last week. “Would be nice if Pres Biden chose a Supreme Court nominee who was best qualified without a race/gender litmus test. That’s what I did when I picked Tim Scott as Senator of South Carolina.” While numerous Democrats have spoken up about his decisions, with some claiming Trump had a predetermined set of people in mind as well as Reagan.

As dangerous as it is to have people predetermined in your mind, it is worse to have a set of parameters in mind based solely on race and sex. That tells people that those traits are more valuable than their experience and back history. When you choose a nominee for the Supreme Court, you need to ensure that your decision will be somebody who can look at the law of the land, and not just the way the party would like to see things. The poll also pointed out that just 38 percent of their respondents believed the supreme court justices’ rule on the basis of law. A nomination like Biden promises guarantees that number plummets.