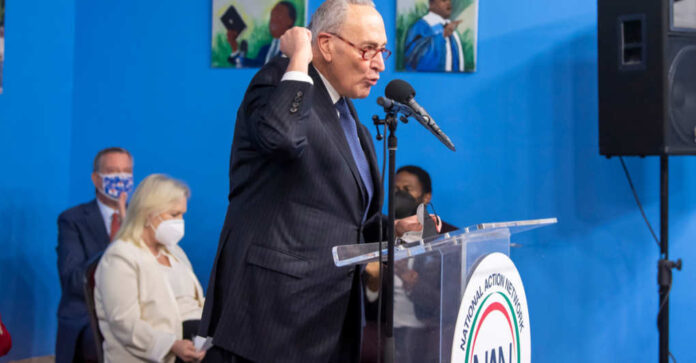 When it comes to failing at their job the Bureau of Alcohol, Tobacco, and Firearms (ATF) leads the way by a long shot. Since their inception, the ATF has been responsible for numerous failed missions that left a lot of dead people in their tracks and little actually accomplished. Although, should anyone be surprised at their failure?

This is an organization that went from the Dept. of Treasury to the Dept. of Justice (DOJ) after 9/11. A stellar idea, in theory, it fails in execution. By being a part of the DOJ, they have become a little brother to the FBI. It gives them no clear mission, and instead of targeting the people for financial crimes that deal within the alcohol, tobacco, and firearms landscapes they largely are targeting the firearms- a mission the FBI largely focuses on.

Yet for people like Sen. Chuck Schumer (D-NY) they are his Gestapo for issues he refuses to try and address on his own. “The ABCs of beating back the scourge of gun violence depends on three federal letters: A, T, and F. I am pushing for $1.5 billion in federal funds for the agency, so they can help with this work and do much more at the national level … Without the $1.5 billion … these plans will not have their full impact, and we need full impact to address the flow of these crime guns in our communities and across our state.”

He is right about one thing- they are grossly underfunded. Given their targets for investigation, most of the money they would benefit from is already lining the pockets of the FBI’s budget. They truly need to have a better separation of duties and responsibilities. That would in turn make for clearer funding sourcing and use of those funds. Giving them a clearly defined set of goals that are not being done already by a bigger organization, and the money to carry them out to the standard would be a huge improvement.

For now, the ATF will continue on their quest to clean up after the FBI as they find the so-called ghost guns or buy big caches of guns destined for street gangs. Or they can chase down tax stamps on native cigarettes on their own. Needless to say, anyway it gets sliced they will remain a smaller organization of the FBI, even with Schumer’s big injection of cash.

As the little brother to the FBI the ATF gets no respect. They don’t have the budget to command or earn the respect either. They are stuck just taking it because they lack any capability to prove the doubters wrong in any respect. Given their stuck nature, most ATF agents just accept their fate and are glad to just serve in the assisting capacity they find themselves in. Considering the level of involvement, they are often given when working with the DEA on cases with 1% motorcycle gangs, it’s like a small taste of vengeance.

Granted, the FBI usually does a better job when working with the DEA, but their budget plays a large role in those success stories. With those cases happening less and less frequently, this attempt to shuffle the money around by Sen Schumer should help shake things up a bit. Granted he refuses to see the idea that his mindset on gun control is to blame for all of this.

We as a nation have never truly had a gun problem. We have had a people problem. Back 40+ years ago when you could order firearms out of a catalog, you could get them via the USPS without an issue as long as you paid in full, in advance. We didn’t have the gun issues we have now then either. Perhaps this money would be better spent in getting people the mental help they need, instead of chasing down people over the second amendment.