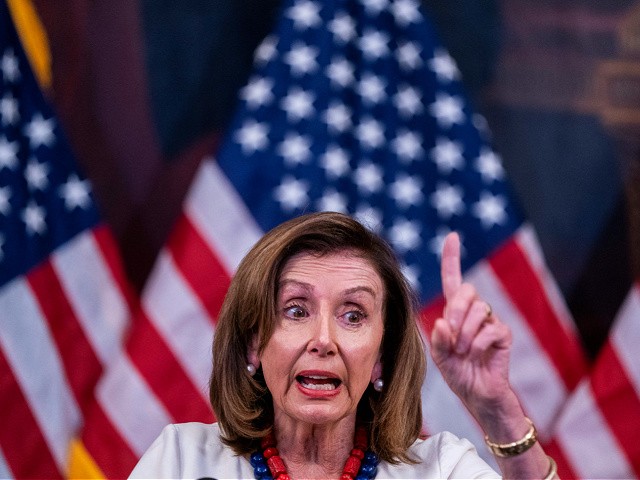 In an exclusive statement made to Breitbart News on Friday, Republican Rep. Mike Waltz, a Florida native representing the Sunshine State’s 6th congressional district, accused Pelosi of capitulating to China.

“It’s absolutely shameful Speaker Pelosi would admonish our athletes to cave to the intimidation and censorship of the Chinese Communist Party,” he said.

Having long opposed allowing Beijing to host the games, he argued that U.S. Olympians shouldn’t have been compelled to compromise on their values in the first place, while calling on government officials to speak out against the Chinese government’s human rights abuses and insisting on changes to the International Olympic Committee (IOC).

“American athletes should have never been forced to compromise their values by competing in Beijing,” he said. “Our leaders in government should be using their positions to call out the atrocities being carried out by the CCP and using their influence to demand immediate reforms to the IOC.”

On Thursday, speaking at Congressional-Executive Commission on China hearing, Pelosi said the U.S. has an “urgent moral duty to shine a bright light” on China’s human rights abuses.

However, despite scolding the IOC for turning a blind eye to China’s “decades-long campaign of abuse and repression” about which “we cannot and will not be silent,” she urged U.S. athletes attending the games to “compete” rather than criticize the Chinese government.

“I would say to our athletes: you are there to compete,” she said. “Do not risk incurring the anger of the Chinese government because they are ruthless.”

“I know there is a temptation on the part of some to speak out while they are there; I respect that,” she added. “But, I also worry about what the Chinese government might do to their reputations, to their families.”

“Pelosi can bend the knee to China. But our American athletes have free speech rights and should never be told to surrender them,” wrote Rep. Darrell Issa (R-CA).

“The U.S. should be BACKING UP athletes using their freedom of self-expression to expose the Beijing communists for the murderers they are, NOT telling them to hide,” wrote Rep. Carlos A. Gimenez (R-FL).

“Americans [don’t] cower to communists,” he added. “We defeat them.”

“Authorities have carried out mass arbitrary detention, torture, and mistreatment of some of them in various detention facilities, and increasingly imposed pervasive controls on daily life,” the group wrote. The report continued:

New regulations in Tibet now criminalize even traditional forms of social action, including community mediation by religious figures. In Hong Kong, a region promised ‘a high degree of autonomy” under the Sino-British Joint Declaration, the Chinese and Hong Kong governments hastened their efforts in 2018 to undermine people’s rights to free speech and political participation.

Rep. Waltz has led the effort to introduce a resolution calling for a full boycott of the 2022 Beijing Winter Olympics “back in February before it became cool,” after initially pressing for altering the games’ venue.

“There is clear hypocrisy among corporate America who preach social justice here at home but cower to authoritarians like the Chinese Communist Party to protect their bottom line,” he said.