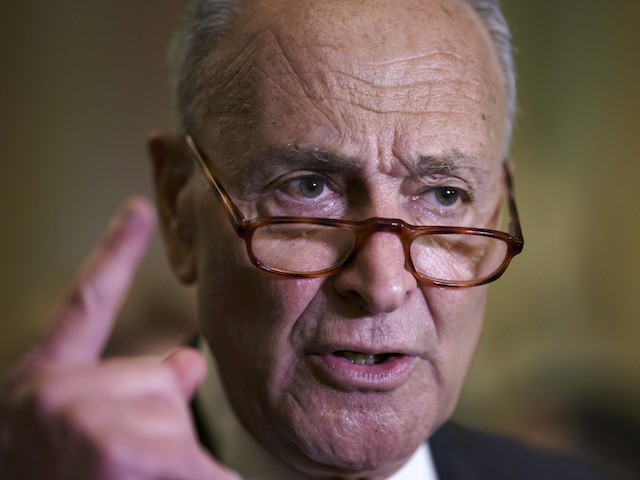 U.S. President Joe Biden, with Speaker of the House Nancy Pelosi and Senate Majority Leader Chuck Schumer, arrives at the U.S. Capitol on January 6, 2022, to mark the anniversary of the attack on the Capitol in Washington, DC. (Photo by BILL CLARK/POOL/AFP via Getty Images)

While Schumer benefitted from millions of dark money dollars, he criticized Republicans for doing the same thing. Schumer also pushed the Senate to pass the For the People Act, which contains provisions requiring political nonprofits to disclose donors who contribute more than $10,000.

“The Democratic Party makes a big deal in public about getting rid of dark money, getting dark money out of politics, but the reality is even the New York Times is now reporting on this,” Thayer told Fox News.

Democrats use much more dark money than Republicans do, and they’re more than willing to take that funding as long as it benefits them, but they’ll still simultaneously call out conservatives and Republicans for using dark money as well.