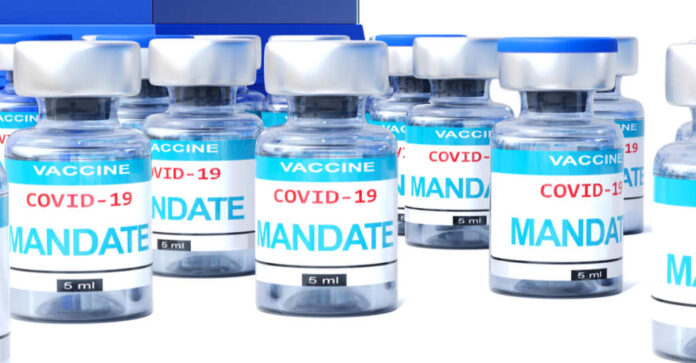 COVID has kept America as well as most of the world in a grip of fear and panic. While in recent months many nations have begun to lessen that grip, the US finds itself consistently fighting back and forth about more control versus less as the science and facts that come out change nearly daily. Given the changes and restrictions, many Americans are sick of it and want to be as open as we were before COVID.

Enter Congressman Chip Roy (R-TX). He has been largely silent during the entire COVID debacle, but he has had enough. The state of Texas has taken legal steps to ensure they don’t have vaccine mandates or lockdowns throughout the state; much to the dismay of people like AOC. This brilliant move seemed to inspire the congressman and his latest comments to The Daily Wire via a written statement.

“Most Republicans say that vax mandates are tyrannical and foolish, but will they unite before government funding expires on February 18th to pledge not to fund enforcement of these mandates? Will at least 10 of the 19 GOP Senators who voted to punt last time now stand up for healthcare workers or not? We’re going to find out. After February 18, 2022, government funding will expire, and congressional Republicans must once again decide whether they will vote to fund a federal government that is enforcing tyrannical COVID-19 vaccine mandates on the American people.” This stance is incredibly firm, and a first step towards getting things back on track. One most Americans can get behind.

Given the stance many cities and states have taken on this issue, his statement is not at all surprising for anyone with their heads out of the sand. The people who are paying attention to the science and numbers are calling for things to re-open and to let the people move about freely and unimpeded. Those following the progressive politics, brainwashing, and the lightly veiled socialist agenda are pushing for more vaccines/boosters, mask requirements everywhere, and for another lockdown.

Never mind the fact that there has been overwhelming proof that the vaccines do little to help, the masks do little to protect the person wearing them, and lockdowns just destroy your body’s natural immunity. By asking his fellow Republicans to put their money where their mouths are, the Congressman has invited in a new form of protest by the conservatives to prevent things from going back into total lockdown or making new mandates that are unjust.

While Congress has total authority over DC per the Constitution, it is a clause they rarely exercise. Instead allowing the Mayor to lead the city to the best of their ability without outside interference. With DC Mayor Muriel Bowser enacting a COVID mandate that requires nearly every indoor business in the city to obtain proof of COVID vaccination status and photo ID before providing service, it could have been this exact action that tipped the bucket for him.

One of the favorite GOP social clubs for Congressman Roy and many others- The Capital Hill Club chose to go along with Mayor Bowser’s directive. This led to his immediate resignation from the club, and numerous other members leaving as well. While to many the choice to leave a club like this is not a big deal, many great negotiations have occurred at this club and many just like it. Some of the greatest deals in business, government, sports, and politics are done over dinner and drinks.

An establishment like this that caters exclusively to those in Government and especially the conservative side of the aisle to cower and kiss the ring of the Mayor is incredibly shocking. The members would most assuredly pay the fines or ensure the local COVID Gestapo stays out. With this kind of establishment bending at the knee it’s no wonder small businesses were killed by government mandates.