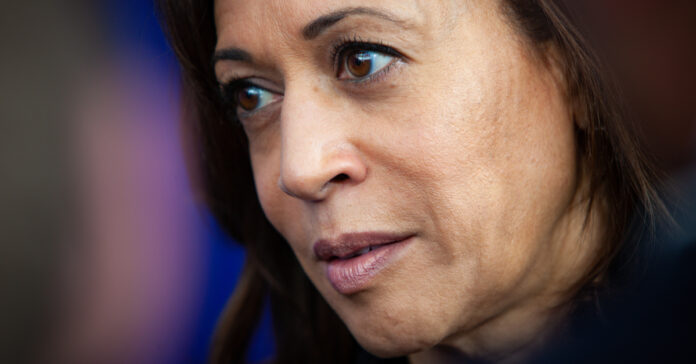 As you may have heard, long time Supreme Court Justice Stephen Breyer has announced that he will be retiring soon. Needless to say, it allows the Biden administration to replace him with someone they will approve of and likely someone just as liberal as the outgoing Breyer, if not more so.

However, it has recently been determined that the process of getting such an individual onto the bench, presumably before the November midterms elections when it is expected that the GOP will retake control of both legislative houses, might be a bit tricky.

Basically, this is because, at present, the Senate, the legislative house tasked with confirming nominations to the Supreme Court as well as other federal courts, sits at a complete partisan tie – 50 Democrats and 50 Republicans make up the Upper House. The only tie-breaking vote going to the vice president.

Now, as you know, that vice president is currently a Democrat and a quite liberal one, so she is likely to vote along party lines, undoubtedly giving the political left what would seem to be the upper hand.

However, as one Harvard law professor says and one Biden has used as an adviser on a number of issues over the years, Kamala Harris nor any vice president can be used as the tie-breaking vote when it comes to confirming a Supreme Court nominee.

The issue first came up back in September of 2020 when now-confirmed conservative Justice Amy Coney Barrett was nominated and in the process of being confirmed. Laurence Tribe made a special note in a piece for the Boston Globe that then-Vice president Mike Pence did not have the authority or permission to be the tie-breaking vote should it come it that for Coney Barrett’s confirmation.

He wrote, “While the vice president has the power to cast a tie-breaking vote to pass a bill, the Constitution does not give him the power to break ties when it comes to the Senate’s ‘Advice and Consent’ role in approving presidential appointments to the Supreme Court.”

Tribe calls this a “thumb on part of the scale in the legislative process,” making sure that the confirmation of such justices isn’t as non-partisan as possible.

Tribe gave an example that could have come to pass just two years earlier, back in 2018, when now-Justice Brett Kavanaugh was enduring the confirmation process. At the time, Republicans held the majority in the Senate at 52-48.

Tribe noted that more moderate GOP senators like Alaska’s Lisa Murkowski and Maine’s Susan Collins might not necessarily vote for Kavanaugh, given his rather controversial confirmation trial, as well as the fact that two are known for not always voting on party lines. If that had happened, one might think that Pence would be given the tie-breaking vote. But as Tribe so professionally put it, he didn’t have the authority.

However, as you know, a tie-breaker wasn’t necessary, as only one of the two above-mentioned GOP senators voted against Kavanaugh, leaving the majority still in Republican hands.

Then again, in 2020, with the same number of Democrat v Republicans in the Upper House, during the confirmation of Amy Coney Barrett, Pence could have not so potentially been the tie-breaking vote. This time both Murkowski and Collins voted in favor of Coney Barrett, making a tie-breaker unnecessary.

However, with the Democrats now in charge and an all-tied-up number of partisan senators, the likelihood of needing a tie-breaker is higher than ever.

But the fact remains that Kamala Harris, as VP, just doesn’t have that authority, much to the Democratic Party’s chagrin.

RealClearPolitics recently reached out to Tribe about his opinion on the matter. And while he’s a strict liberal, he admitted that the laws hadn’t changed just because his party was now in the majority and the White House.

He said, “I doubt that I would reach a new conclusion upon re-examining the matter.”

I guess the truth has got to count for something, doesn’t it?

Then again, like in years past, we may not need a tie-breaking vote. As I already mentioned, senators like Murkowski and Collins don’t always vote along party lines. They, as well as Senator Lindsay Graham of South Carolina, have already voted to confirm not one but two Biden-appointed federal judges.

Of course, all of this hinges on the idea that they will get a confirmation done before the midterm elections. After that, well, things will be much different.