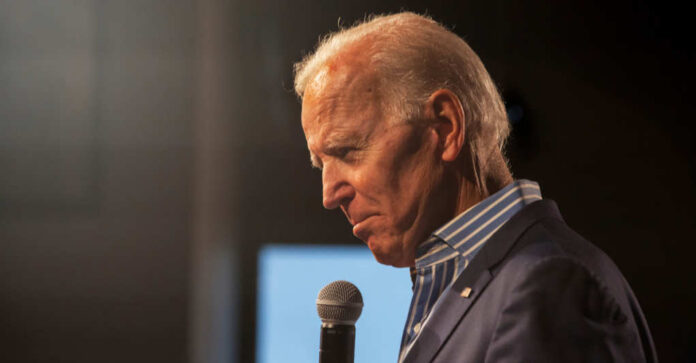 When a Supreme Court of The United States justice steps down it is a big deal. Considering they are given lifetime appointments by a sitting President, just being nominated is a great honor. When President Trump was able to name someone to replace Justice Ruth Bader Ginsburg he chose Amy Coney Barrett to take her place. While both were women, their political and judicial pasts were a stark contrast to one another.

At that time President Trump faced intense scrutiny for choosing a justice so close to his election against now President Biden. Many felt that the choice should wait until the election was concluded, but in less than a week following Justice Ginsburg’s death, he had nominated Justice Barrett. This action enraged many progressives, and now that action is giving President Biden extra reason to get his choice through before the 2022 midterm elections are held.

In order to expedite this process, he has brought in numerous experts. This past Monday WH Press Secretary Jenn Psaki spoke to reporters about the mission ahead of them. “He’s steeped in this process and looks forward to advice from members of both parties on the Hill as well as top legal experts and scholars across the country. I think you will see those consultations start this week…The president is going to select a woman, a Black woman, who is qualified, who is prepared, who has impeccable experience to serve on the court. He’s going to do that based on her credentials, of course having a discussion with her and not through gaming out the system.”

While this statement is rather inflammatory, he is not the first President to do this. Just before his election vs Jimmy Carter, Ronald Raegan promised to get a woman into office if he was given the opportunity. President Trump promised to nominate a woman after the death of Justice Ginsburg as well. Much like them, President Biden has brought in people like White House chief of staff Ron Klain who has decades of personal experience working on finding nominees to help with the selection process.

Top lawyers from the White House as well as Judiciary Chairman Dick Durbin (D-IL) and ranking minority member Chuck Grassley (R-IA) will also be meeting with President Biden to make their suggestions known as well. This is not a decision for him to take lightly, and one he must ensure he chooses with the best interests of the country as the main guide.

People have been aghast at his announcement to nominate a black woman over all else. The predetermination of the race and gender for the nomination is something many people cannot fathom a sitting President doing. Even with the past precedence of trying to advocate for women to have a seat on the SCOTUS, to do that and make race a deciding factor at a time where America is stuck in a highly tense racial debate is problematic.

Many people have been making arguments about racism from one side or the other. Just as one claims not to see race as a deciding factor in a decision, another group is claiming that to not see race is to deny their existence and their struggles as an American. While both bring valid points, the American people have said in polls-time and time again that they want President Biden to consider all potential nominees; not just the black women. When he announces his nomination, anyway he goes will certainly generate controversy.