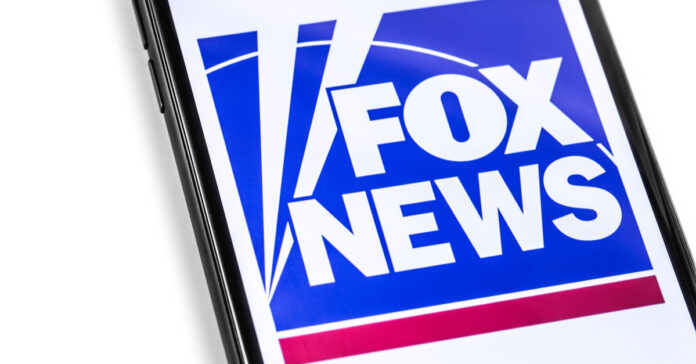 Never say never. With 4.33 million estimated viewers, the GOP is telling Fox News’s golden boy Tucker Carlson to tone down his rhetoric. His views are so widely accepted by his fans that he’s undermining the GOP’s ambitions for unilateral bipartisan support for keeping the Russians from swooping down on Ukraine. Without cross-party unity, the chaos only stands to worsen, so Carlson’s suggestion of kicking Ukraine to the curb is causing them indigestion.

Carlson is stirring his fanbase in the opposite direction of how GOP senators hope to peacefully resolve the intensifying issue. In their opinion, Carlson has crossed the sacred threshold.

Senate Foreign Relations Committee member, Sen. Mike Rounds (R-SD), made it quite clear to Carlson in a brief interview. “On individuals up here who are decision-makers, I don’t hear any disagreement about the position Russia is in. Russia is the aggressor. Ukraine has every right, as a sovereign nation, to have [sic] their borders respected. Russia’s not doing that.”

In Carlson’s defense, his stance is about as pro-Trump as it gets, and the millions of viewers who embrace his viewpoints are the same ones who will reelect Donald Trump should he make a 2024 run. Carlson has taken a realistic view of Ukraine’s worth to the U.S. and has determined there to be nothing of significance. At least not enough to throw tax money at them or risk the lives of American troops should it come to that.

The GOP’s scolding of Carlson is evidence of a growing rift between them and the pro-Trump base who still believe the value of interfering in foreign affairs must be determined on a case-by-case basis. Sorry about Ukraine’s luck, but the U.S. doesn’t have a dog in this fight. Being returned to its original Russian owner would have no economic impact on the U.S., positive or negative.

Carlson isn’t holding back against any Republican who’s advocating for a more aggressive response to Moscow. He called Sen. Joni Ernst (R-Iowa) “ignorant,” prior to totally letting loose on Sen. Jim Risch (R-Idaho) who he said was “a moron masquerading as a senator,” and a “pompous neocon buffoon.”

Since the Cold War, the Republican Party has maintained its tough-on-Russia policy. Don’t give them an inch of breathing room. While many in the GOP are saying that Russia taking Ukraine could be the start of a domino effect in Eastern Europe, Carlson says poppycock.

Carlson has gone as far as to defend Putin’s rationale for wanting his wayward child back. It’s more a matter of pride. With the enormous Russian troop strength perched to march into Ukraine at the word go, Putin could probably win back his lost puppy dog without firing nary a shot.

But instead, Ukraine is being assisted both financially and with increased weaponry so they can fight back, drastically reduce their country’s population, and lose anyway.

Tucker might be on to something, but if he is, Florida Sen. Marco Rubio has yet to see it, and Rubio just happens to serve as the top Republican on the Senate Intelligence Committee. “I don’t agree with those views,” he said. “[It’s] the U.S. interest not just in Europe but around the world in not having countries decide, ‘That belongs to us, we’re going to go ahead and take it.’”

Some other GOP senators when questioned about Carlson’s take on things just rolled their eyes. They all agreed that despite Tucker Carlson’s enormous influence, and the fact that his views on the current fiasco are gathering moss, they aren’t letting it sway their intended legislative path, whatever that may be.

Now, the choice is yours. We’ve reported the story without bias, but nobody can tell you who to pay the most attention to. ‘Murica…Long may she wave.