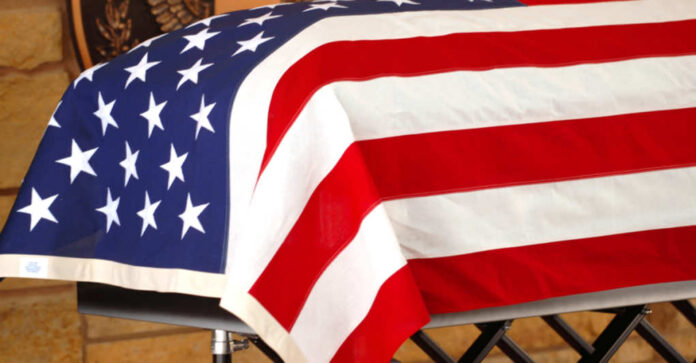 When a servicemember passes certain things are supposed to happen. Protocols exist and they are supposed to be followed to the letter. Unfortunately for PFC Zach Riffle and his family, American Airlines decided that they couldn’t follow these procedures to any degree. The young PFC had been killed in a military vehicle rollover accident on Jan 19th just outside Camp Lejeune, NC.

The arrangements were made by a funeral director for the dignified transfer across various flights and transportation until he reached his home in West Virginia. When he landed there that is when the family should have been able to watch the plane land, see him be unloaded with dignity, and be present for the ceremony in a manner befitting his sacrifice. None of this happened as it should have.

Instead, AA tried piling PFC Riffle’s four parents and four siblings into a tiny break room. Thankfully the Marine Casualty Assistance Calls Officers were able to get them into a secure area that was also more accommodating. As stepmom, Jennifer Plum said, “Once we got settled in there is when we learned that, due to what was identified as COVID policy changes and staff shortage, we were told we would not be able to be on the tarmac at all to watch the plane land or to see Zach deboard the plane.”

AA did confirm that they did not have them out on the ramp as they could not accommodate the whole family. After this, they tried to request his deplaning be filmed, but AA declined as they claimed an employee could share the footage improperly. After much back and forth they finally relented and had an employee use one of Riffle’s family member’s phone. However, the entire family was still trapped in the tiny break room.

When they were finally able to receive him, they did so in a warehouse with boxes and crates everywhere. They also learned that there was no announcement of his presence on the flight, so there were no honors when they landed. There was no wait for the Marines providing his dignified transfer to deplane and allow the proper transfer of his remains.

In response to these allegations of mistreatment, AA released a statement detailing their side. “We are committed to honoring our fallen heroes. We are sorry we fell short of the family’s expectations and are reviewing the matter internally. A senior member of our team has reached out to Pfc. Zachary Riffle’s family to express our condolences and hear more about their experience.”

This statement is nothing more than a blatant denial of the issues at hand. The statement “we fell short of the family’s expectations” is incredibly insulting. This is not about what they expect, but about what PFC Riffle deserved. What those providing his dignified transfer deserved. What his family deserved. These procedures are nothing new. It’s not like we didn’t just end a 20-year war that saw mass quantities of dignified transfers. By now the procedures should be known far and wide.

These types of situations are incredibly difficult, and reading the open letter his parents penned, it seems like it was difficult on everyone providing this young Marine his dignified transfer home. The airline upon landing in Pittsburgh should have announced his presence to not only honor his memory but also allow his escorts to deplane first. They are not to leave his side the entire time, so this is a truly crucial moment.

Because of that they also spent the nearly 7-hour layover in Charlotte with PFC Riffle, but without being provided food or water. They also had their luggage routed with the regular luggage, thus leaving them without clothes; again they cannot leave his side. All of this could be prevented if AA would behave like they know how to show respect, but as usual, they come up short.