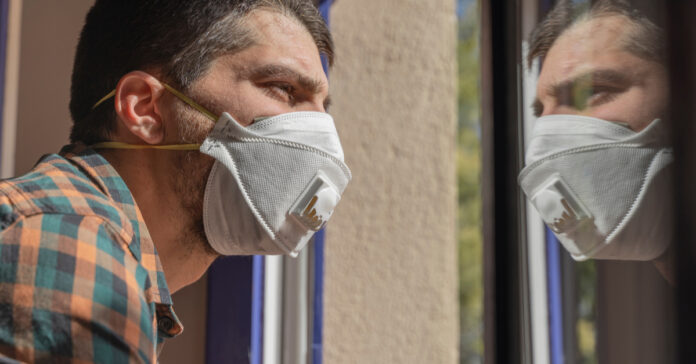 John Hopkins University has long been regarded as one of the most prestigious medical schools in the country. Their track record of finding new ways to attack diseases and to conduct difficult research with accurate results is unparalleled. So when they released a new paper about the mortality rates of COVID and the lockdowns made things much worse.

“We find no evidence that lockdowns, school closures, border closures, and limiting gatherings have had a noticeable effect on COVID-19 mortality. They have contributed to reducing economic activity, rising unemployment, reducing schooling, causing political unrest, contributing to domestic violence, and undermining liberal democracy.”

That last bit right there, “undermining liberal democracy” is some of the most unnerving words in the entire report. Liberal democracy is what put us into the lockdowns in the first place. It is what has decidedly kept us in and out of lockdowns since the start of the pandemic. The states and districts with the most liberal leadership have been seeing the most expansive and restrictive lockdowns.

In turn, these states saw the most accidental overdoses, suicides, rates of COVID mortality, and loss of economic stability. All of this can be contributed to causation via lockdowns. These lockdowns have served to do nothing for the American people but to force them to lose relationships with loved ones, kill their small businesses, and force students to lose the progress and traction their teachers had made.

With a 28.5 percent increase in drug overdoses during the lockdowns, there was a big sign that things were not working. Drugs were still getting into the hands of addicts. This indicates that one of a few things were happening; drug dealers were able to move around even during the lockdowns, addicts stocked up greatly in advance of the lockdown directives (since they were issued with a warning), or the supply was greatly tainted and unreliable during that timeframe.

Looking at this statistic alone should be enough to conclude that the lockdowns were hazardous to the American population. Adding in the results of student education, losses of small businesses, and unemployment and it is easy to see what a colossal failure it was. The researchers summed it up best though.

“Lockdowns have limited people’s’ access to safe (outdoor) places such as beaches, parks, and zoos, or included outdoor mask mandates or strict outdoor gathering restrictions, pushing people to meet at less safe (indoor) places. Indeed, we do find some evidence that limiting gatherings was counterproductive and increased COVID-19 mortality…Such a standard benefit-cost calculation leads to a strong conclusion: lockdowns should be rejected out of hand as a pandemic policy instrument.”

This research comes far too late for many Americans. While this was an unprecedented time, it signifies what we have always known. It is concrete proof that we are social creatures. The hierarchy of needs showcases how reliant we are on human contact for survival, and taking that away under the guise of “safety” was the worst thing that could happen to us as a society. When 97 percent of teachers are reporting learning losses as a result of the pandemic, it is clear how badly we failed the kids.

If this was 60-70 years ago and most Americans had the wife at home while the husband worked then perhaps lockdowns wouldn’t have had a detrimental effect on the kids. They need someone at home to push them, and as most households have both parents working, there was little to no in-person influence on their lessons. Missing out on that was a huge loss to their knowledge. Missing out on socialization with their peers as well as older influences caused significant damage as well. The JH researchers have captured the exact problems of the lockdown perfectly. They see the issues and now the whole world will know what a horrific mistake lockdowns are. If the mainstream media picks it up that is.