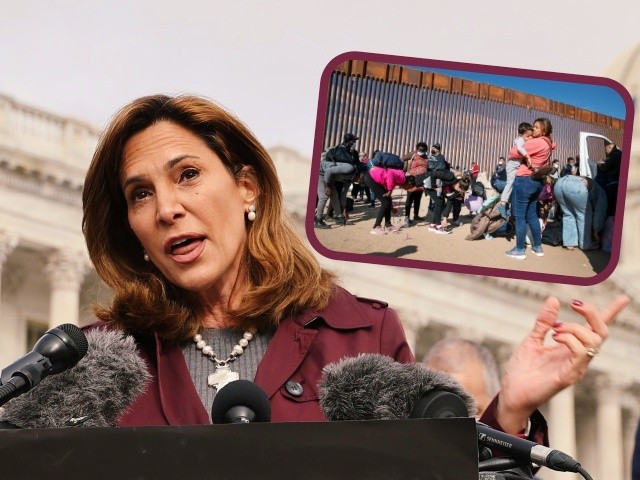 On Tuesday, Salazar released her legislation titled “The Dignity Act” which would make the nation’s 11 to 22 million illegal aliens eligible for green cards — and eventually naturalized American citizenship — so long as they adhere to a 15-year process.

“It’s amazing how out of step Rep. Maria Salazar is with the Republican Party, and certainly the Republican base,” NumbersUSA’s Rosemary Jenks told Breitbart News. “We are in the middle of a historic border surge, and her response is to propose the largest amnesty in history.”

The House Republicans co-sponsoring the amnesty are:

Last month, in an exclusive interview with Breitbart News, House Minority Leader Kevin McCarthy (R-CA) vowed not to consider any amnesty plans for illegal aliens should Republicans take back the House in this year’s midterm elections.

The amnesty violates that pledge — indicating that, assuming McCarthy is Speaker and sticks to his word, the proposal stands no chance in a GOP-run House led by McCarthy next Congress.

Specifically, the amnesty would give permanent lawful resident status to about 1.5 to 3.5 million illegal aliens enrolled and eligible for former President Obama’s Deferred Action for Childhood Arrivals (DACA) program.

Then, after holding work visas for 10 years, illegal aliens would be eligible to go through a five-year program to secure green cards and naturalized American citizenship. Requirements for this side of the amnesty include taking United States civics courses, paying more in fines, and conducting community service.

Also thrown into Salazar’s amnesty are provisions to require E-Verify nationwide to ensure employers are not hiring illegal aliens for American jobs, as well as bulking up the U.S. Border Patrol with 3,000 new agents and restarting construction of border wall.

Salazar’s donors include big agriculture companies like Grimmway Farms and massive investment and asset management firms. Many have a stake in driving up immigration levels to inflate the labor force, add as many consumers to the market as possible, and increase real estate prices.

In all of 2021, more than two million border crossers and illegal aliens arrived at the southern border. More than 530,000 of those arrivals were released into the U.S. interior as nearly 45,000 were put on commercial domestic flights and flown into the country, often free of charge.