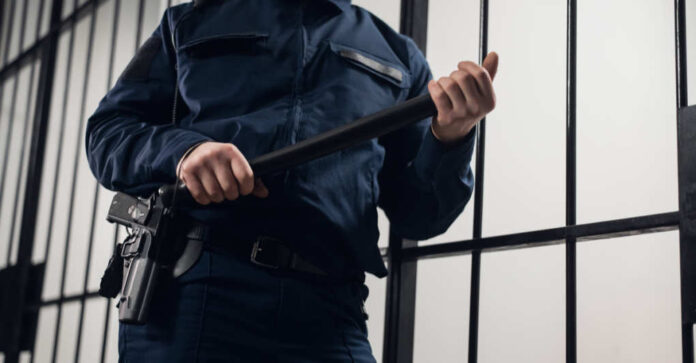 Behind their concrete walls and barbed wire, federal prisons are alternate universes where the weak fall subservient to the strong as a means of protection from other inmates. Inmates have their own code of ethics and unwritten laws that determine what’s punishable, and by what method. But even the toughest cats in cell block have a weakness they can’t overcome. When a prison guard tells them to jump they still have to ask “how high?” They are the omnipotent rulers of the underworld kingdom, and they are untouchable.

To everything, there is always an exception. At one of the very few women’s federal correction institutes located in Dublin, California, the almost all-male staff are very touchable, and they always lend a helping hand without being asked. And that’s a problem.

The prison has been affectionately nicknamed “The rape club” by both its inmates and staff. An investigation by The Associated Press uncovered decades of silenced sexual abuse. The female inmates have remained hush-hush under the fear of threats that are on occasion carried out should any of them make the mistake of getting too mouthy for their own good. The staff quickly nips it in the bud.

A favorite method of punishment for the guards is to toss would be tattle-tales into solitary confinement where it makes them even more accessible to the guards’ repeated abuse. “Next in line”…

The AP pulled out all the stops. They interviewed current and former inmates and staff from the facility, as well as getting their paws on some internal Bureau of Prisons documents. Then they sifted through thousands of court records involving prison staff members who got caught up in civil and criminal cases.

The findings were astounding. All of the Dublin allegations had been totally ignored or brushed aside as insignificant considering how they had come from inmates who can’t be trusted to begin with. They discovered how prison officials who were assigned to the specific duty of preventing and investigating sexual misconduct, had themselves been reported for sexually abusing inmates and for ignoring their pleas for help.

In one particular case, an inmate who had accused a maintenance foreman of rape was sent back to her cell after being told the matter would be looked into. The following day when work assignments were handed out, she was told she’d be working for the same guy that day. When the guard who drove her to the maintenance facility dropped her off he slyly said, “Let the games begin.” And they did.

Of the former Dublin inmates interviewed, one of them said she was “overwhelmed with fear, anxiety, and anger, and cried uncontrollably” from the almost non-stop abuse and the retaliation she received when trying to report it. Another said she contemplated suicide many times and now suffers from PTSD and severe anxiety.

Four arrests have now been made at the Dublin facility but this only scratches the surfaces of the plagued Federal Bureau of Prisons. In 2020, of all its 122 prisons and the 153,000 inmates they house, there were 422 reported cases of sexual abuse at the perverted hands of prison staff. Of these, 290 are supposedly still being investigated which in bureau lingo means they’ve been swept under the proverbial rug.

Of the entire 422 cases from two years ago, only four have been substantiated. Repeat: Four. Now, imagine how many rapes and instances of sexual abuse never made it out of prison. Perhaps triple the amount? The bureau wouldn’t provide a breakdown between male and female inmate abuses.

Thahesha Jusino has been assigned as Dublin’s new warden starting at the end of this month. She’s vowed to “work tirelessly to affirm the Bureau of Prisons’ zero tolerance for sexual abuse and sexual harassment,” and it’s rumored she’s one tough cookie. Some heads are gonna roll…literally.

Meanwhile, the prison bureau is cooperating with the Justice Department’s inspector general who has ordered them to get with the program, pronto.

Prison reform has been promised in past with little results. Part of the problem lies with finding enough people who are willing to guard the sometimes hostile inmates. As a result, the qualifications for the job are minimal at best and certain things in an applicant’s past are conveniently overlooked.

Prisons need warm breathing bodies who at least know three words, and preferably, can feed themselves without assistance so they can send them into the inmate population without a weapon, a risky task for which they will be highly under-compensated.

This might be a good place to start analyzing where the problems coming from. A mere suggestion, mind you.