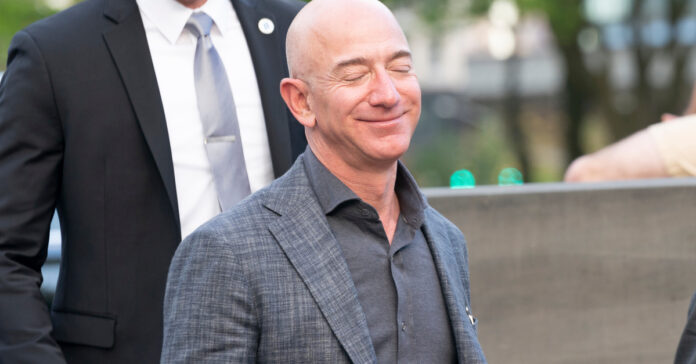 The liberals are always talking about white privilege – and white people have to work twice as hard to prove that is not the case.

Then, there’s Jeff Bezos, the founder of Amazon who has more money than he knows what to do with. He is the very example of white privilege, and he makes everyone with a fair complexion look bad when he decides that he wants to exercise some of his privilege.

Like many parts of the country demand that bridges be built, Bezos is demanding that an older bridge be ripped down. Okay, surely there must be a reason for such a demand? Is it too rickety? Is it made of dangerous metals that are leaching into the environment? Sadly, none of those. The bridge is simply in the way of him being able to use his yacht.

There’s a historic bridge in Rotterdam in the Netherlands. The Dutch city has been able to view the Koningshaven Bridge since 1878. The only time it’s ever had to be rebuilt is when it was partially destroyed during WWII.

Now, because Bezos needs to get his enormous yacht through it, the bridge will be temporarily removed.

The bridge “has” to be removed because it is the only route to the sea, and Bezos has said that he will cover the full expense of removing the bridge and, then, putting it back into place.

It’s ridiculous, though. A shipyard is constructing a $485 million yacht that is so large that a bridge has to be removed so that it can make it out to sea.

It’s probably a good thing that Bezos decided to exercise this white privilege over in the Netherlands. The city is likely to approve the request because many people see the project of building the yacht (and temporarily removing the bridge) as a job opportunity.

Just because the city is likely to approve it doesn’t mean that there aren’t some outcries from the public.

Local preservation officials are furious because it is damaging a part of history. Historians have said that dismantling the bridge is even an insult to their heritage.

As Tom Wesselink, a member of the Rotterdam Historical Society explained, “Employment is important, but there are limits to what you can and may do to our heritage.”

Jeff Bezos lives in LA – and it’s estimated that his estate is worth $175 million in Beverly Hills. This means that it’s only a matter of time before his ridiculously expensive yacht ends up in U.S. waters. How many bridges will he demand be removed? It doesn’t matter that he’s going to cover the cost of getting them rebuilt. It’s a form of privilege (regardless of color) that shouldn’t be allowed.

People like Bezos are only hurting the conservative cause. He thinks that because he has money, he can make any request that he wants.

If he really wanted to make a difference, he could donate a lot more of that money to help mankind. Basically, why can’t he be more like Elon Musk? The country (and the world) would be a better place for it.