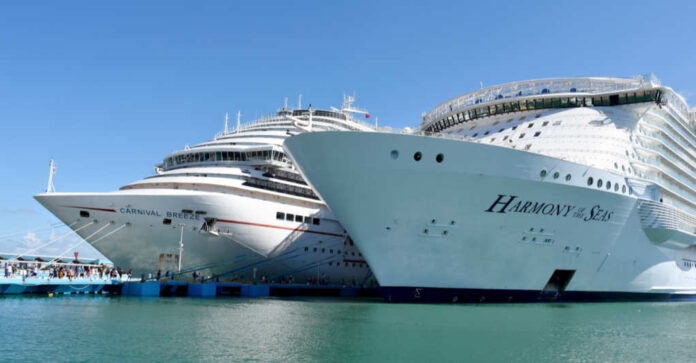 The Democrats and liberals believe they are a special breed of people destined to inherit the world. They pride themselves on a false assumption that they are likable for having money or having what seems to be the world’s envy. And when that belief flows over into how they expect to be treated, a monster has been created.

Jeff Bezos is one man that is hard to pin down on politics. He supports all sorts of things that could label him one way or another. But essentially, his actions would label him as a person that expects things to be done for him that would otherwise never happen for any other person.

Bezos has just built a $500 million superyacht for himself. But to get it out, the city of Rotterdam has to take apart a bridge that is over 95 years old.

Netty Kros is the spokesperson for the city. She has stated that the bridge will be taken down to let the billionaire’s boat pass through. The bridge would then be put back together. No other person in history has ever been given this kind of treatment. All others would have been told that they are simply out of luck.

The bridge in question is called the Koningshaven Bridge. The center part of the bridge is set to be removed so jeff Bezos can get his 417-foot craft out to the open waters.

The Daily Wire reported that Boat International stated that the boat was “reportedly commissioned by Amazon founder Jeff Bezos and is set to become the world’s largest sailing yacht when delivered later this year, unseating the current titleholder Sea Cloud.”

The entire issue is all about making a name for oneself. Bezos wants to have the largest sailing yacht globally and is making an entire city spend the money to move a bridge for him.

Marcel Walravens is the person that directed a project in 2017 to update the bridge. And he sees that Bezos wanted to have his boat built in the city because it is one of the few places where the work can be done onsite. But the planning of the craft should have taken into consideration the obstacles of launching it.

Walverans stated that “From an economic perspective and maintaining employment, the municipality considers this a very important project. Rotterdam has also been declared the maritime capital of Europe. Shipbuilding and activity within that sector are therefore an important pillar for the municipality.”

A bridge would have been denied if any other person had tried to get the city to move. But the world loves people with money, which helps liberals feel that their importance is based on how much money is in their accounts. And as much as that may all be true, the city should consider how the large vessels can get to sea.

The bridge is a monument that defines the city of Rotterdam. But even that identity is overshadowed by the $500 million. Bezos is dumping in the city by having his boat built there.

A big boat is a status symbol. It tells everyone that the person who owns such a craft is essential. And in Bezos’s case, important enough to force an entire bridge to be disassembled so his mega-yacht can find open water.

Many progressives feel that Bezos should use his money to solve the world’s problems. They want him to hand it all over so they can use it for their selfish gain. The liberals are many people who are also willing to cannibalize their own to make a point.

But what they fail to understand is that the world needs its wealthy elite to create jobs and income for everyone else. But to request a city move a bridge is so over the top that it defies logic. Bezos may support many different things, most of which are liberal-based. But he should have thought about having his boat built somewhere else, so others were not affected by the loss of a significant bridge.