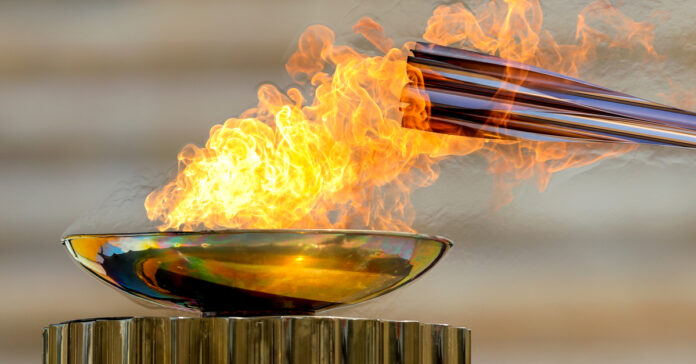 House Speaker Nancy Pelosi (D-Calif.) has given a stern warning to American athletes who are competing in the Winter Olympics in China this month. She told them not to risk angering a “ruthless” Chinese government, according to the report by Reuters.

Speaker Pelosi was speaking at a Congressional-Executive Commission on China hearing. She said that the United States has both an urgent and moral duty to “shine a bright light” on the human rights abuses in China. She focused on the horrendous abuse being inflicted on the Uyghur ethnic minority in Xinjiang.

Pelosi went after the International Olympic Committee who, with their corporate sponsors, is turning a blind eye to the 2022 Winter Olympics. She said the IOC is just aiming to increase their bottom line.

That all seemed just, but then Pelosi took a turn. She urged our athletes to just focus on competing in the games and to keep their mouths shut about human rights.

This threat was intensified earlier this week when lawmakers informed U.S. Olympic officials that they should be prepared to defend American Olympians from any retaliation from the Chinese government. According to Reuters, U.S. lawmakers were concerned that China would react if our athletes were to speak out.

This comes in the wake of increased tension now that the United States and some other countries have announced a diplomatic boycott of the Beijing Winter Games because of injustices and human rights violations.

Bloomberg reported on the platform that Pelosi had right before the games were to begin. They said that the commission’s hearing was organized to take place on the eve of the opening ceremonies for the Winter Games. And it was a planned platform for Pelosi and some other activists to put a spotlight on China’s human rights violations.

There are many in America that question Pelosi’s authenticity. House Minority Leader Kevin McCarthy (R-CA) questioned Pelosi’s warning for athletes to not upset the Chines Community Party. He said that she was wanting our young men and women to remain silent about the Chinese atrocities and that should not be a surprise because the Democratic Party is attempting to push a 3000 page “America Concedes Act.” He said the plan helps China and hurts America.

Florida Republican Representative Carlos A. Gimenez believes that we should be supporting our athletes to use their freedom to expose Chinese atrocities, not telling them to hide. He said, “Americans don’t cower to communists. We defeat them.”

Oklahoma Republican Representative Kevin Hern reminded Pelosi that Americans fight for freedom and they defend the voiceless. He said that if our athletes can’t live out those values, then we should question why we are there at all.

California Republican Representative Michelle Steel called Pelosi’s warning “despicable.” She said we shouldn’t allow the Chinese government to “walk all over us,” and that it was “unacceptable” that we put young men and women in this position.