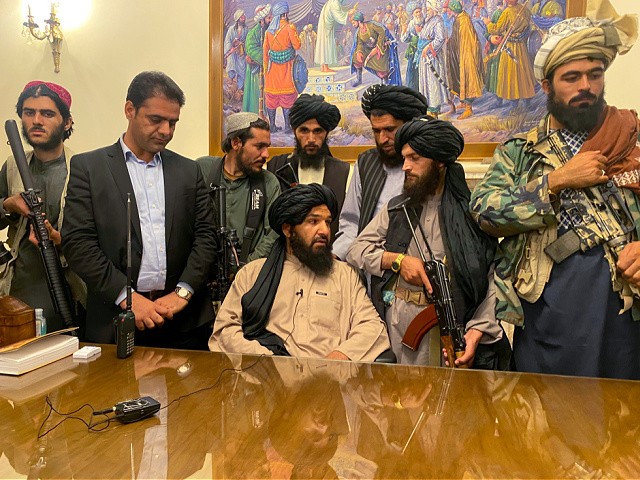 “In my personal opinion, there are pragmatic instances where we could come together going after [the Islamic State] based on the threat to the homeland,” Lt. Gen. Kurilla said in response to a question from Sen. Angus King (I-ME) during Kurilla’s nomination hearing before the U.S. Senate on February 8.

“No senator expressed any objections to the nomination during Lt Gen Kurilla’s hearing, indicating he can likely expect a smooth Senate confirmation process before the current Centcom commander, Gen Kenneth ‘Frank’ McKenzie, leaves his post on April 1,” the National observed on February 8.

The attack killed 185 people, including 13 U.S. service members and an estimated 170 Afghan civilians. The Taliban, also a Sunni jihadist terror organization, claims not to support ISIS.

The U.S. military, under the command of Gen. Kenneth McKenzie, attempted to retaliate against ISIS-K for the August 26, 2021, attack with its own drone strike in Kabul on August 29, 2021. The drone failed to hit any members of ISIS-K, as intended, and instead killed “as many as 10 civilians, including up to seven children,” Gen. McKenzie admitted on September 17, 2021.

The August 26, 2021, bombing of Kabul’s only international airport took place amid the backdrop of a chaotic mass exodus from the city by Afghan civilians and U.S. government-affiliated personnel. The Taliban deposed Kabul’s U.S.-backed government on August 15, 2021, prompting most of the city’s population to attempt to flee Afghanistan.

A Taliban fighter sits in the cockpit of an abandoned Afghan Air Force aircraft at the airport in Kabul on August 31, 2021.(Wakil Kohsar/AFP via Getty)

The Sunni fundamentalist Taliban has imposed sharia, or Islamic law, across Afghanistan since successfully prying Kabul from the hands of the U.S. government in mid-August following Washington’s nearly 20-year-long presence in the country.

The U.S. invaded Afghanistan in late 2001 and ejected the Taliban from the country’s seat of government in Kabul. The Taliban had ruled Afghanistan from 1996 to 2001 through a system of sharia.

“The Taliban … implemented criminal punishments [hudood in Arabic] in line with their strict interpretation of Islamic law, including public executions of people convicted of murderer or adultery by their judges, and amputations for those found guilty of theft,” Al Jazeera recalled in August 2021 of the group’s sharia rule from 1996 to 2001.