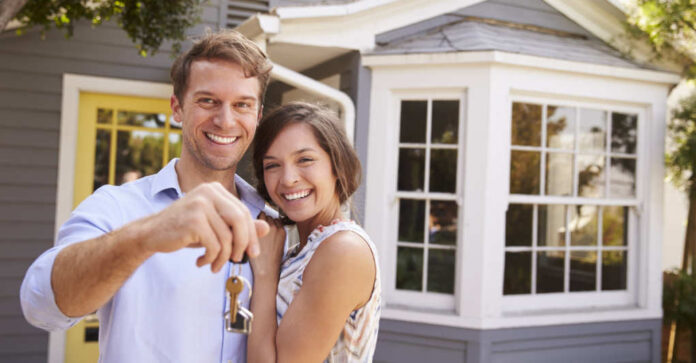 The COVID-19 pandemic has done more harm than most of us are aware. It has even done damage to the American Dream, especially for the middle class and young millennial families. They are experiencing a homeownership crisis.

According to a recent study by the National Association of Realtors (NAR) which is the trade association for the real estate industry, the American Dream and owning a don’t go hand in hand anymore.

If you are a first-time homebuyer, you’ve been in a nightmare since the pandemic hit. You have lost interest rates, supply chain woes, and increasing demand for homes, so the prices have been enormous while inventories of homes have hit a historic bottom.

The new NAR study is shedding light on how bad things have become. It revealed that by the last month of 2021, there were 411,000 fewer homes on the market that was at a price that was affordable for families earning between $75,000 and $100,000. This was in contrast to numbers before the pandemic hit.

In other words, at the end of 2019, there was one affordable listing for every 24 families in that same income bracket. By the end of December, there were just one out of 65 families.

So for the middle class and especially millennial prospective homebuyers, the competition is dramatic. The number of possible listings of affordable homes for buyers in the bracket dropped from 58% in 2019 to 51% now. And the lower a household income is, the housing market becomes more of a problem. The study identified the $50,000 to $75,000 income bracket as the hardest hit.

Some of the least affordable places to buy a home were located in, you guessed it, California. You will have real trouble in San Jose, but also in other cities like San Diego, Los Angeles, and San Francisco.

The pandemic intensifies a trend that has been taking place over decades regarding the middle class in America. Those households who make middle-class income have dropped from 61% in 1971 to 51% in 2019, according to Pew research.

A major catalyst for this trend since 1989 is the amount of real estate wealth owned by the top 1% of our population. It has grown by 772%. The wealth of those in the 50th to 90th income percentage has only grown by 359%, according to the data from the Federal Reserve.

The price of housing has risen faster than income. This is what is causing the crisis in affordability. So many people now seem locked out of the market to buy a home. This is especially bad for millennials and older members of Generation Z. They should be in prime time for purchasing their first home.

The hope for the future is that the Fed has signaled that it will raise interest rates soon. This should change the competition in the housing market and give an incentive to more people to pull back from buying. There is not very much hope for things to bounce back in 2022. The issues that caused the housing shortage don’t seem to be going anywhere soon.

According to the January housing forecast report from Fannie Mae, experts there have predicted that costs will start to decline and the market will cool down. But prices will remain higher than they were before the pandemic.

“We expect the narrative around housing this year to shift from one of the extremely limited inventories leading to hypercompetitive bidding wars to one in which increasingly more would-be homebuyers are priced out of the market.” the report from Fannie Mae read.

This information isn’t going to help Democrats in the coming mid-term election, so we can expect the newly elected GOP leaders to get the economy back in line.