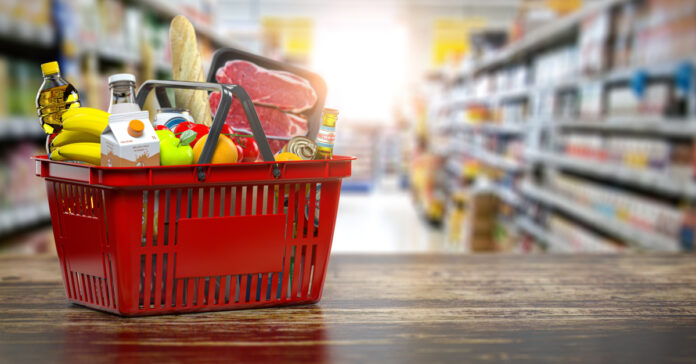 One of the changes that the pandemic brought to many Americans is a sense of urgency over stocking up on groceries. People all over the nation are still bulk buying like they did in the early days of the pandemic. They are still fearful of supply chain problems and low stock issues in the marketplace.

According to The Wall Street Journal, sales at the bulk chains like Costco, Walmart, BJ’s, and Sam’s Club rose almost 27% in dollars and 18% in volume during the last quarter of 2021. This is a steep change for the same quarter from 2019, according to the IRI which tracks home product utilization.

Fearful customers are buying not only more products, but also bigger product sizes. The IRI said that the average volume per unit rose by 2.1% last year in contrast to the average sizes in 2019. It has been predicted that consumption will decrease in the year ahead, but the amounts of a household product and food consumption will still likely be double the numbers from before the COVID-19 pandemic.

Krishnakumar Davey is the president of client engagement at IRI. She said, “Even if somebody waves a magic wand and makes Covid go away completely, we still expect elevated consumption in the home because people are accustomed to working from home, and hybrid work is here to stay.”

Ayelet Fishbach is a professor of behavioral science and marketing at the University of Chicago Booth School of Business. She said that psychologically, the cost of underconsumption with Americans is higher than overconsumption. She noted that people are more frustrated with not getting a cereal box than having an extra box that may need to be thrown away.

According to IRI numbers, food and drink items were 85% in stock in our stores for the week at the end of January. Before the pandemic, the stock amounts were between 93%-95%.

The items that were especially deficient were sports drinks, frozen baked goods, and frozen snacks, according to The Wall Street Journal article.

Bulk grocery distributors like Costco and Sams are trying to adjust to the new buying habits of their customers to retain them. The membership at Sam’s Club was at a record high in 2021’s third quarter. It’s interesting that most of the new members are millennial families, according to Megan Crozier who is Sam’s chief merchant. This caused the bulk chain to broaden its app capability and also develop a grocery pickup option.

There was a recent article published by Nasdaq that used a survey by Clever which discovered that 33% of retired people in the United States have a difficult time paying for their groceries. The article gave strategies in shopping for retired Americans regarding bulk buying. They did warn people that this strategy could backfire if customers aren’t careful about what they are stocking up on.

It’s not just about food and other groceries. Appliance companies are also adjusting to the change in buy habits. In 2021, the sale of chest freezers doubled in America to 1.714 million units sold. In 2019, there were only 768,600 sold, according to the Association of Home Appliance Manufacturers. The sale of refrigerators increased to 12.8 million units in 2021. That was an increase from 11.1 million units in 2019.

Bob Nolan is the senior vice president of Demand Science at Conagra Brands Inc. He said that when consumers felt the pain of the pandemic shortages, they made changes that seem permanent. He noted that people decided that shortages would not happen to them again, they have a new inventory level in place.

COVID-19 has continued to create fear and changes in the way that we live. This is no doubt because of the rhetoric of our politicians and the focus of the mainstream media.