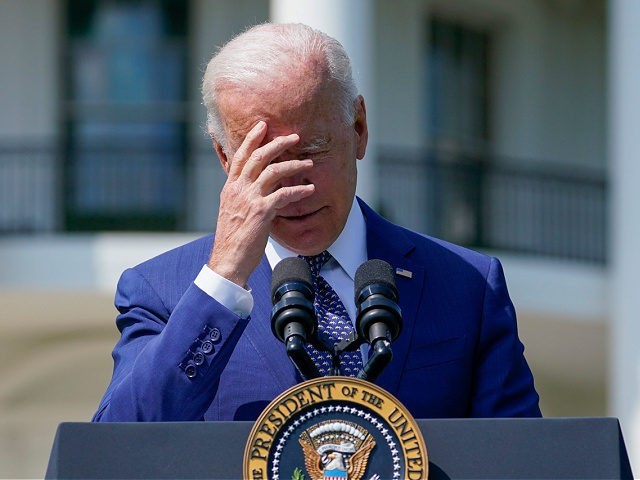 According to the survey taken January 10 – February 6, 2022, 54 percent now disapprove of Biden’s handling of the Chinese coronavirus, compared to 45 percent who approve, giving him a net negative rating of -9 percent.

This is the first time in the survey, which has been fielded in March, April, August, September, October, November, and December, that a majority disapprove of Biden’s handling of this specific issue.

In December, for example, 54 percent approved of his handling of the coronavirus, while 45 percent disapproved.

Overall, Biden’s approval on the coronavirus has dropped 15 points since March 2021, while his disapproval has risen 20 points in the same time frame.

Additionally, the survey found an increasing number of Americans doubting Biden’s ability to lead the country out of the pandemic, going from 30 percent doubting in March 2021 to 46 percent present day.

The survey comes as blue-state leaders begin to have what Florida Gov. Ron DeSantis (R) described as an “epiphany” in the last few days, easing up mask restrictions in their respective states as the midterm elections stand right around the corner.

However, Biden has failed to signal his intention to lift federal mask requirements, as they are still required for air travel and other modes of public transportation. It remains unclear if he will extend the requirement beyond the March 18 expiration date.