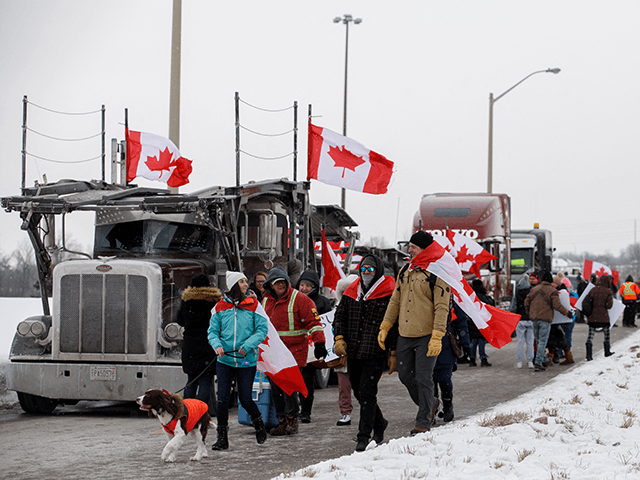 “I stand with the truckers. I support all working people who are standing up for personal freedom. What we are seeing is a tremendous lack of leadership from Canadian Prime Minister Justin Trudeau, President Joe Biden and Gov. Gretchen Whitmer,” Craig said in a statement. “Instead of focusing on the protestors and demonizing the truckers, these career politicians should be focused on how their irresponsible pandemic response is hurting our economies.”

In response, Dana Nessel — Michigan’s Democrat attorney general — attacked him claiming he is not interested in law and order.

“Coming from a former law enforcement officer, I find this abhorrent. Laws should be applied and enforced equally to everyone, irrespective of the motivation of those in violation of the law,” Nessel alleged. “This is why so many now feel free to disregard statutes which keep our society safe.”

Craig fired back at Nessel, highlighting Democrat failures on law and order in the summer of 2020 when riots burned through the country.

“I agree that the law should be applied and enforced equally to everyone, irrespective of the motivation of those violating the law. That’s why I’m extremely disappointed by the silence and inaction of our Democrat leadership–including @GovWhitmer–during the riots of 2020,” Craig said.

Craig is running for governor in Michigan. Polling shows the race is close between Gov. Gretchen Whitmer (D) and Craig, according to January polling by EPIC-MRA.