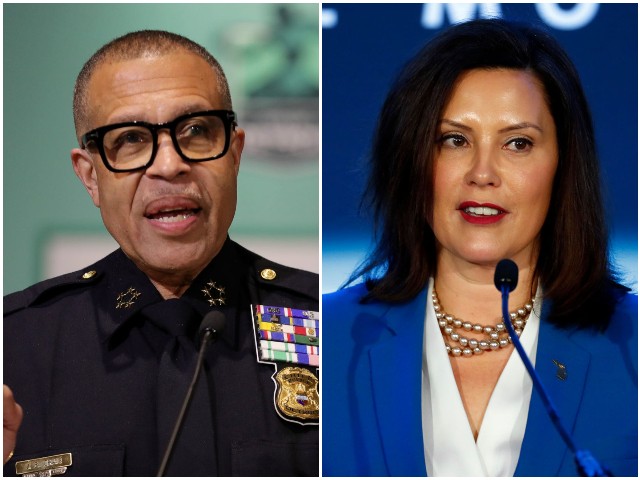 The survey found that 41 percent of independents would vote for Craig, compared to just 33 percent support for Whitmer. Overall, Whitmer’s lead is less than one percent, bringing the race to a statistical tie, with 44.3 percent of likely voters supporting her, compared to 43.7 percent for Craig.

The difference between Craig and Whitmer is evidenced by their response to the Canadian Freedom Convoy protesting onerous vaccine mandates and public health regulations.

Whitmer said the protesters are engaging in an “illegal blockade” and that they “do not have a right to illegally block these international borders where we have so much commerce.” Michigan’s governor even called on the Canadian government to “do whatever it takes” to end the protests.

On the other hand, Craig stood in solidarity with the protesters. “I stand with the truckers. I support all working people who are standing up for personal freedom,” Craig said. “What we are seeing is a tremendous lack of leadership from Canadian Prime Minister Justin Trudeau, President Joe Biden and Gov. Gretchen Whitmer.”

I reject big government socialism, and I reject the notion that working people standing up for freedom are somehow the problem. We need real leadership. President Biden, who often touts his blue-collar bonafides, should stand up for working people and call out Prime Minister Trudeau for his arrogance and failure to lead.

In addition to a potential gubernatorial match-up, the poll also asked voters about a 2024 presidential rematch between former President Donald Trump and President Joe Biden. Biden carried Michigan by less than three percentage points in the 2020 election.

After more than one year of Biden’s presidency, Trump is polling ahead of Biden among Michigan voters. Trump’s support is at 40.4 percent compared to Biden’s 38.2 percent. However, 13.4 percent of respondents remain undecided, and eight percent said they would support a third-party candidate.

The poll also found that Biden’s grip on the black vote loosened, with more than one-third of black voters undecided or supporting a third-party candidate.