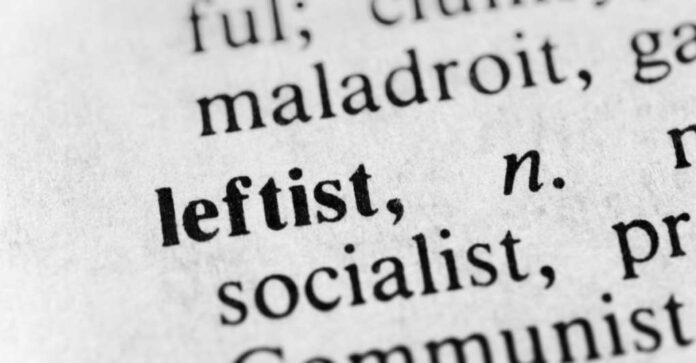 Democrats have been finding sneaky ways to slip their liberal agenda into everyday American life at every turn. They want everyone to think as they do, and they believe that their mindset will bring about a better world once they get everyone on board. This mentality is bleeding over into many areas it has no business existing in, and yet they simply deflect the blame.

The Virginia Black Caucus has been historically a Democrats group. While there have been single Republicans as members here and there, they are not making up the majority or even a decent portion of the membership. A. C. Cordoza (R-Hampton) won a surprise election last November and took over the seat for the VA House of Delegates for the large minority district as the only black Republican.

Questionnaires are not uncommon before joining any group, especially in a government organization. They can give a bit better perspective on what the proposed candidate has to bring to the caucus and ensure that their ideals are holding true to the agenda of the group. However asking about things like his three top environmental-justice priorities, if he would help limit recalls of election officials to “end harassment,” favoritism towards charter schools, and the elimination of the limitations on lawsuits against police officers.

These are not questions that should be asked just because someone is black. These are questions you ask someone to find out of they have a liberal agenda. This is the textbook questionnaire to get people on board the leftist party, and it’s not something unusual for them to do for anyone approaching their area.

Much like Cordoza said though, these are not questions about being black. These are questions about being an ally to the leftist cause and ensuring they continue their mission going forward. Virginia Republican Lt. Gov. Winsome Earle-Sears spoke out on Twitter Friday with extreme outrage at the results for Cordoza. “We’re trying to start a new caucus. Name suggestions? The You’re Not Black Enough Caucus. The No More Division Caucus. The Welcome Caucus. The Let’s Do Away With Caucuses Caucus. The FRIEND Caucus.”

She is nailing the problem squarely. While some refuse to believe he was rejected because of his answers to the questionnaire, they are also slow to explain why he didn’t receive enough votes. This really should not be a question for Cordoza to get in.

As a country, we have started giving causes and groups their own ability to meet and have their separate meetings without question. We not only allow this separation to exist, but we as a society and a government also encourage it. It’s this division that allows for splinters groups to form. The reason Cordoza saw this leftist agenda is because of the targeting of the black population by the left over the years. While they consistently blame conservatives for their inability to provide something better, places like Buffalo, NY find themselves in a worse place after seeing only Democrat mayors since 1965. Perhaps conservatives need to open more minority eyes to the truth of our beliefs. Not the lies the left peddles.