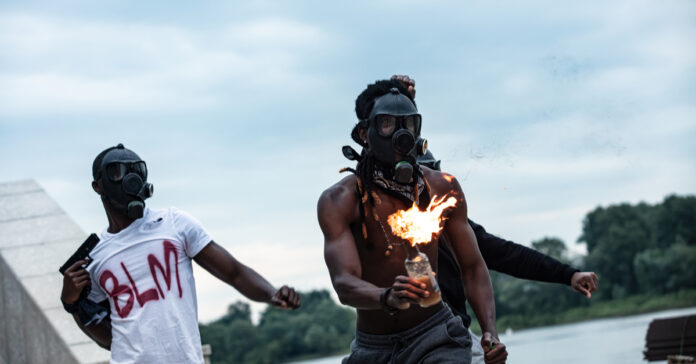 Black Lives Matter or BLM hasn’t exactly had all that great of a year, not at the beginning of 2022 or all of 2021. Sure 2020 was good for them. Thanks to the untimely death of Floyd in May of that year, BLM was given an excuse to raise protests and riots pretty much everywhere and to garner millions in support.

However, as you well know, they took things way too far. The destruction of literal city blocks, businesses, homes, and livelihoods, many of them black-owned, exposed to the world that their goals were not just to draw awareness to racial injustices done to black Americans but to spread their neo-Marxist ideals throughout the nation and basically just cause as much destruction as they could.

As a result, their popularity sank in record fashion.

Of course, that was also after BLM’s national co-founder, Patrisse Cullors, was found to have used the newfound wealth of the organization to buy herself no less than four luxury homes throughout the nation, including one Malibu, California estate worth around $1.4 million and a “custom ranch” in Georgia featuring an indoor swimming pool and an airplane hangar.

But it seems that Cullors isn’t the only BLM leader with some shady dealings.

Pamala Moses, the founder of the Memphis, Tennessee chapter, was just sentenced to six years in prison for her less than stellar or legal behavior.

Now, to be clear, Moses’s wrongs had nothing to do with the organization she helped to begin in the area. She was not embezzling funds or cheating donators out of their money, at least not that we know of.

Instead, she was found guilty of illegally voting.

As it turns out, Moses forfeited her right to ever vote in elections again in 2015 when she was convicted of multiple felonies. One was a 10-count indictment that included stalking, perjury, and tampering with evidence charges. The last one, tampering with evidence, is what really sealed the deal and got her barred from ever voting again.

But she claims that no one told her that such a conviction yielded that result.

Now to most of us, that’s just common sense, or at the very least something we were taught in our middle school US history class. Apparently, Moses doesn’t remember or just isn’t that smart.

In any case, despite being convicted of 16 felony counts, Moses signed up to vote in 2019 and has since voted no less than six times, all illegally.