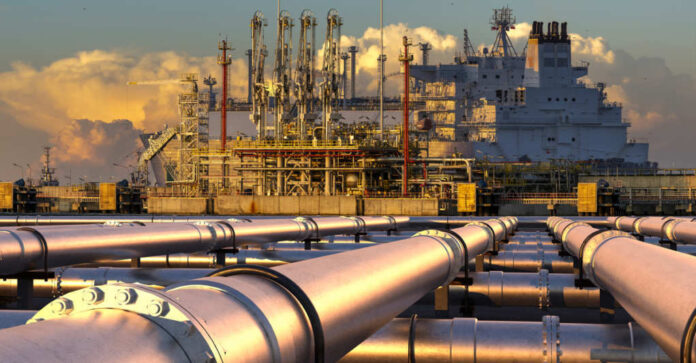 As the Russians line up at the Ukrainian border waiting for the ‘go’ signal, the rest of the world has been waiting with bated breath. Countries like the US have evacuated their families from the US embassy, and others have been urged to leave the country immediately. Given the posturing, the US has done in response, and the persistent advancement by the Russians, it is ultimately up to the Russians to pull back or face the consequences.

To bolster these efforts, President Biden met with the newly elected German Chancellor Olaf Scholz in DC on Monday. There the two discussed the Nord Stream 2 Russia-to-Germany gas pipeline; a project that the two guarantees will not continue if Russia goes forward with their plans to invade Ukraine. While the pipeline is a lifeline for European energy, it is something that Russia needs to keep remaining economically viable as a superpower. Something they hoped to get with Ukraine.

As this meeting was going on Russian President Vladimir Putin met with French President Emmanuel Macron in Moscow. For over five hours the two spoke about the situation and tabled some of their disagreements in the past and even on the current situation. While they achieved some progress, certainly, the two remain far apart in many areas.

Putin also had grave warnings for all of Europe about the potential for conflict. “We are categorically against any further NATO’s expansion eastward because it poses a threat to us. It’s not us who’s advancing to NATO, it’s NATO coming to us and so it’s illogical to talk about Russia’s aggressive behavior…European countries will automatically be drawn into a military conflict with Russia. You will be drawn into that conflict beyond your will. There will be no winners.”

This level of saber-rattling in combination with Macron’s insistence that many more deep and crucial conversations are needed is a sign of big problems to come. The response by Macron is not one of confidence, but one of intimidation. As if he worried that the President would not only prevent him from leaving Moscow if he didn’t push for change but a sign that he would ensure his life was ended if he didn’t.

Biden and Scholz had a much friendlier conversation about such a violent topic. While speaking to the German media Scholz said “there will be a very high price if Ukraine is attacked militarily. And we are preparing for this very precisely and have been talking about the details for a long time.” Given his travel plans for Kyiv and Moscow in mid-February, it seems as if he not only feels Putin will wait to invade but that he is counting on it.

Given the European dependence on Russian energy, it’s no wonder that they are trying to avoid this conflict at all costs. While the loss of that pipeline could certainly hurt the continent, the US can make up for the production of resources, but our exporting ports are already at capacity, and it takes a large volume of resources and time to expand those ports.

Given the surge in US prices as we use more and more foreign resources, we don’t need to be sharing with Europe. If anything, we need to create more self-reliance, and then share if necessary. Our prices are already sky-high as are the prices in Europe, by adding in more of what we produce we would just increase our inflation as well as theirs. This is a unique and horrible situation for nearly every country if Putin should choose to invade. Nobody is close enough to prevent or stop the attacks, and a war with Russia is a horrible idea. Especially after we just got done with a 20-year war.