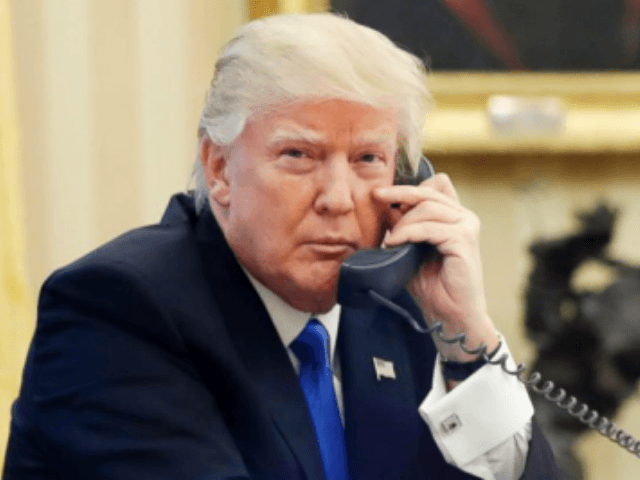 Durham filed a motion in federal court in Washington, DC, in connection with the prosecution of former Clinton campaign lawyer Michael Sussmann, who is charged with lying to the FBI about his role in fabricating the Russia “collusion” hoax.

The filing … reveals that Sussmann was involved in an effort to mine data from a project run by the Defense Advanced Research Projects Agency (DARPA) at a U.S. university (identified in previous reports as Georgia Tech) to spy on Trump and his associates — at Trump Tower, at Trump’s private residence, and at the Executive Office of the Presidency once Trump took office int the White House. Their goal was to dig up damaging information that could then be used to build the “Russia collusion” narrative against Trump.

Trump reacted in a statement by implying that the Clinton operatives had committed treason:

The latest pleading from Special Counsel Robert Durham provides indisputable evidence that my campaign and presidency were spied on by operatives paid by the Hillary Clinton Campaign in an effort to develop a completely fabricated connection to Russia. This is a scandal far greater in scope and magnitude than Watergate and those who were involved in and knew about this spying operation should be subject to criminal prosecution. In a stronger period of time in our country, this crime would have been punishable by death. In addition, reparations should be paid to those in our country who have been damaged by this.

In Watergate, Richard Nixon’s associates were caught breaking into the offices of the Democratic National Committee during the 1972 presidential campaign. In this case, the alleged spying continued beyond the campaign and into Trump’s presidency.

When Trump claimed in early 2017 that his “wires” had been “tapped” at Trump Tower, he was mocked by the media.