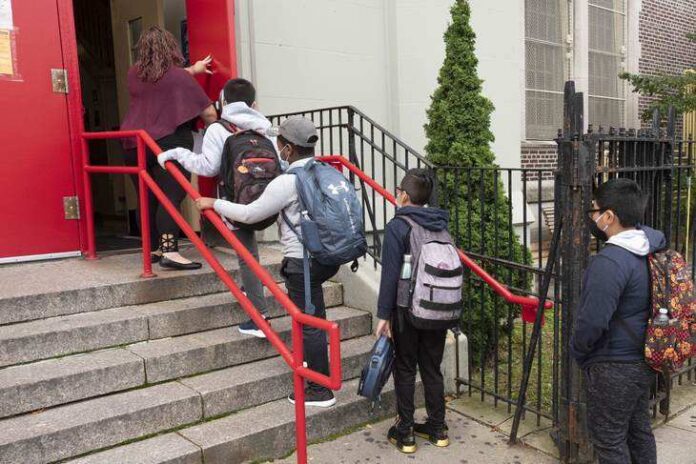 No doubt, you’ve heard of the push from the political left to install the use of gender-neutral terms in just about all manner of speech in the United States. The House of Representatives, for instance, has created an entirely new rule that prohibits the use of words like mother, father, brother, sister, etc. Instead, congressional members must now use the terms “them,” “their,” “they,” “sibling,” “parent,” etc.

But as it turns out, the problem isn’t just here in America. Other Western nations such as France are getting these ideas pushed down their throats too.

Only in France, it causes a bit more drama than just the idea of inclusivity.

Instead, according to Academie Francaise, the national education ministry, “using gender-neutral spellings” is a direct “threat to the French language.”

They go on to explain that the ministry is “responsible for guarding the French language and that changing the spellings of words to make them gender-neutral will be “harmful to the practice and understanding of French,” according to the Daily Mail.

And so the practice was banned in all schools nationwide last week.

To understand why these gender-neutral terms are such a threat, you have to understand something of the French language, namely that is what is called a gendered language.

This means that all nouns are given a specific gender. The word for car, for example, which is “voiture,” is female, indicated by the silent ‘e’ at the end of the term.

However, some nouns, in particular ones that refer to people, can change genders, and so their spellings depending on who they are referring to. “Ami,” for instance, is the word for friend, and in particular, a male friend. Adding an ‘e’ to the end, making it “amie,” refers to a female friend.

And when we are talking of multiple friends and in mixed settings, the male spelling is preferred. So a group of friends that include at least one male is “amis,” without the feminine ‘e.’

Naturally, the gender included in the spellings of these words poses a unique problem for those wishing to impose gender neutrality.

Per the Daily Mail, the solution has been to propose “full stops in the middle of written words – dubbed ‘midpoints’ – which allow both male and female forms to be represented simultaneously.” So, the gender-neutral word for friends becomes “ami.e.s,” including both the male version of the word and the feminine ‘e.’

As you can imagine, this makes the language even more complicated than before for new learners. And thusly, it is believed that allowing such an addition to the language will discourage it from being taught and/or used, particularly in its written form. Most spellings, even with the midpoints included, wouldn’t change the pronunciation of the word.

The Daily Mail reported that the opposers of the changes say, “differences between written and spoken French would make the language harder to learn and threaten its entire existence.”

In addition, France’s education minister, Jean-Michel Blanquer, says the “use of dots in the middle of words” would make the language increasingly difficult for those “with learning disabilities such as dyslexia.”

And France’s state secretary for priority education, Nathalie Elimas, agrees. She says, “With the spread of inclusive writing, the English language – already quasi-hegemonic across the world – would certainly and perhaps forever defeat the French language.”

Of course, leftist teachers’ unions such as Solidaires Unitaires Démocratiques say teachers should “ignore” the new national ban of these altered spellings and teach them anyway. According to a recent statement, they demand that Blanquer “stop trying to impose his backwardness on the education community.”

However, it doesn’t look as though the French government will kowtow to the leftist demands any time soon. As it stands already, they did allow for some language changes to be made.

For instance, the Daily Mail noted that “Certain job titles should change forms when the person holding the role is female. For example, a female president would be referred to as ‘présidente.’ Job application forms should also include both male and female titles to encourage more women to apply, the decree added.”

It is noted that these are likely to be the only concessions made, as The New York Times reports that many French leaders, including President Emmanual Macron, believe America’s allowance of “woke” rules and regulations poses a threat not only to American culture as a whole but also to that of France.

And this ban on gender-neutral spellings is a clear sign that France is not having it.

Oh, that Biden would take this lesson to heart.