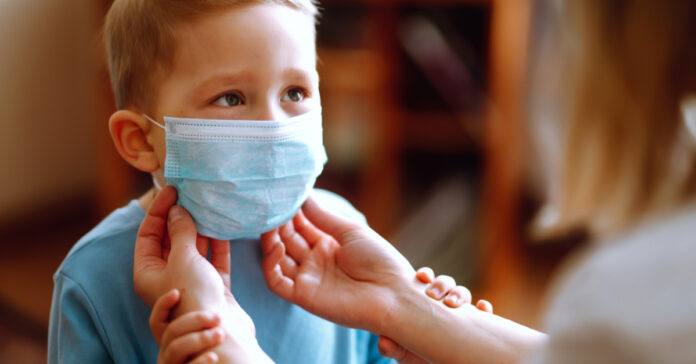 The constant push by fearful liberals for every soul to permanently wear a mask makes some of them go out of their minds. They are so fearful that they are willing to lock kids in cold gyms and even shame them in front of their peers. But when one child is constantly targeted and abused because of physical limitations, which leads to him not being able to wear a mask, the liberals have committed crimes against humanity.

Kamdin Hernandez is a 9-year-old boy with ADHD. He cannot wear a mask because his ADHD and anxiety issues cause him to suffer. But when he was abused at school for not wearing one, the real hurt began for this young boy.

Hernandez has been kept from interacting with other students and punished with truancy for not being able to wear a mask. He has been forced to remain outside because the leadership thought he was contagious. The nasty liberals in his school see him as a child carrying the plague since he will not wear the facial diaper.

And what makes matters even worse is that when the boy’s father, Tim Hernandez, tried to intervene, the school started abusing him and even threatened him with harm. The school leaders have forgotten what it means to be educators. Instead, they have made themselves be judges, jury, and executioners for any student who cannot wear the mask.

The school should have seen the limitations and struggles of the boy and made accommodations to help him continue his education. But instead, the teachers would rather reach down and put their hands near the child’s mouth and move his mask up over his nose. The hypocrisy of such a move puts the child at risk of catching COVID-19, but there is no soul alive pointing out how much the teachers are putting Hernandez in.

The treatment towards Hernandez and his father has been going on for a long time. This kind of treatment is happening all around the country as liberal educators continue their silent abusive attacks towards kids of all ages. The educators get their joy from attacking this boy and his family.

The young boy has a medical diagnosis of ADHD and has to take medication to help him cope in school. Until the pandemic started, his teachers worked well with him and went out of their way to help him find a new normal. But things rapidly changed once that virus came out, and the liberal fangs emerged.

RedState reported that “During the months Kamdin and the rest of the kids in the district were doing ‘distance learning,’ from March through November 2020, he really struggled due to his ADHD and was happy to go back to campus – even if it was only for two and a half hours a day. But the mask was a problem. He wanted to be there, so he tried to not let it bother him, but came home crying at times.”

Hernandez has tried to be compliant with the mandate to wear a mask even though it has caused him emotional trauma, which will take a long time for him to get over. But even when the school noted the issue, they were unwilling to help him adjust and do things to help him stay in school. Instead, they would attack his family and brand them all as contagious infectious misfits.

The problem faced by this family and others around the country is the type of environment that Joe Biden wants to create in America. He needs a divided country to continue to push his socialist reform on everyone as he claims that it is the only way to fix things.

The young Kamdin Hernandez is the latest abused child to emerge from under the liberal mafia. He has not even been allowed to enter the library and check out books until he is forced to pull the mask over his nose. And should he forget the abusive teacher is right there to do it for him while putting the child’s health at risk by messing with his mask. The Democrats would rather vilify parents and destroy kids with needs rather than try and help them make it through a challenging period.