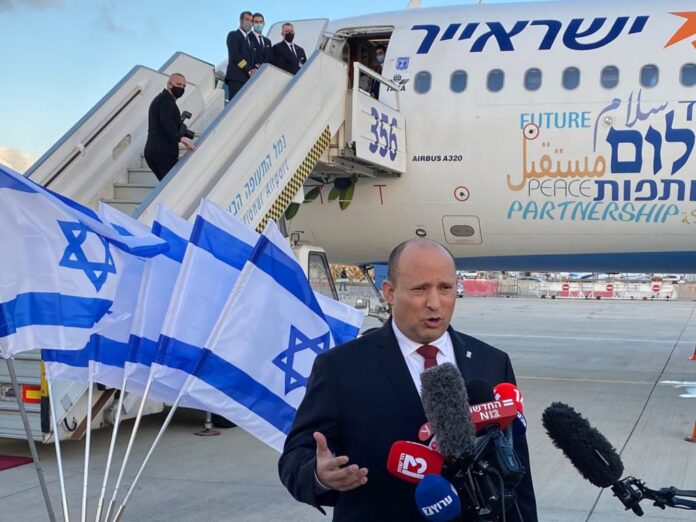 Bennett is scheduled to meet on Tuesday with Bahrain’s King Hamad bin Isa Al Khalifa in his private palace, as well as with Prime Minister and Crown Prince Salman bin Hamad Al Khalifa.

The historic meeting comes nearly a year and a half since the signing of the Abraham Accords, which normalized ties between the two countries, and two months after Bennett’s visit to the United Arab Emirates.

“This is a moving event,” Bennett told reporters from the tarmac.

He added that “the goal of which is to provide content and energy for the peace between the two countries.”

“I think that in this tumultuous period, it is doubly important that from our region should come a message of cooperation, goodwill, standing together in the face of threats and building bridges to peace,” Bennett said.

Bennett is also slated to meet with Bahrain’s finance, foreign, industry, and transportation ministers, as well as members of the small local Jewish community.

Earlier this month, Israeli Defense Minister Benny Gantz visited Bahrain to meet with Al Khalifa and other senior officials. While there, he signed security agreements with his Bahraini counterpart. As with Bennett’s visit, the trip was kept secret until Gantz’s arrival in Manama due to security concerns.

Bahrain became the second Gulf nation after the United Arab Emirates to sign a normalization deal with Israel under the Trump-led Abraham Accords in 2020.