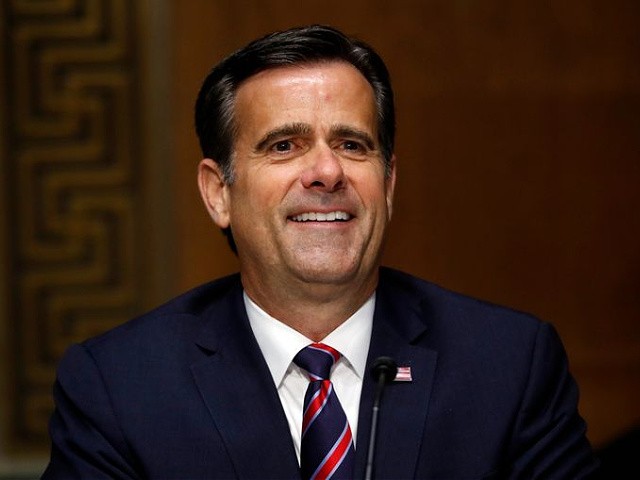 Anchor Bill Hemmer said, “On these new allegations from John Durham, the special counsel, he is still at work, folks. He claims in a court filing that multiple Clinton staffers hired a technology company to infiltrate servers at Trump Tower and then at the White House in order to establish a link between Donald Trump and Russia.”

Ratcliffe said, “To remind viewers, it was in September of 2020 that the first time the public found out when I declassified John Brennan’s handwritten notes, there was a Hillary Clinton campaign plan to create fake Russia collusion allegations or scandal involving Donald Trump. I met with John Durham in my capacity as DNI to share with him some of those documents that have been now declassified but also many other intelligence community documents that evidence what that Hillary Clinton campaign plan involved and who was involved with it that still remain classified. This latest filing as it relates to one of Hillary Clinton’s lawyers Michael Sussman, all of these filings are details the public is now finding out as John Durham is alleging it as parts of what was the Hillary Clinton campaign plan to falsely accuse Donald Trump of collusion with Russia.”

He added, “I would expect there to be frankly quite a few more indictments. I think this conspiracy — I do think there was a criminal conspiracy –is broad and deep. I hope that, obviously, John Durham is moving carefully. But I would expect and anticipate based on the intelligence I’ve seen there will be quite a few more indictments relating to this.”