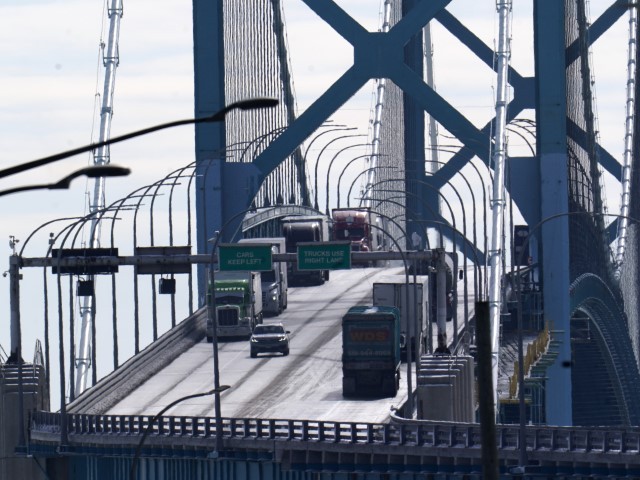 On Sunday, the vital Ambassador Bridge linking Ontario with Michigan was reopened after police cleared the protesters who had blocked it for six days.

“Today we are on track to very soon remove almost all restrictions for businesses as part of our reopening plan. And we heard from Dr. Moore last week, and again yesterday, that he is now working on a plan that will allow us to remove the vaccine passport system. My friends, this is great news and a sign of just how far we have come together in this fight,” Ford said at a press conference on Friday.

Dr. Kieran Moore, Ontario’s chief medical officer, asserted on Thursday that “evidence is showing we’re making remarkable improvement in all of the key metrics” related to Chinese coronavirus in the province, making it possible to “review all public health measures that are in place.”

Ford insisted this sudden announcement of a timetable for lifting coronavirus restrictions had nothing to do with the massive Freedom Convoy protests in major cities across Canada. He said his decisions were based purely on “science” and he would “never ever negotiate” with demonstrators who “break the law.”

CTV News noted that Ontario residents are presently “required to show proof of vaccination at indoor dining facilities such as restaurants and bars, as well as meeting and event spaces, gyms, concert venues and other settings.”

Contrary to Ford and Moore’s talk of improving conditions and evolving science, CTV pointed out that the omicron variant of Chinese coronavirus remains highly contagious, claiming that vaccine booster shots would help stop the spread — a claim that is under debate. Instead of modifying the vaccine passport systems to require boosters, Ontario officials are abruptly talking about dropping it entirely at this point after the Freedom Convoy protests.

On Monday, Ford announced the vaccine passport system will shut down on March 1. Furthermore, capacity limits on restaurants, bars, theaters, and gyms will be lifted this Thursday, almost a week ahead of schedule.

“Like all of you, I’ve waited a long time for this news, but please never doubt that the steps we took together, as difficult as they were, were absolutely necessary and saved tens of thousands of lives,” Ford said.

The blockage of the Ambassador Bridge was a flashpoint in the protests last week, since the Ontario border crossing is one of the busier and more commercially valuable routes between Canada and the United States.

On Friday, Chief Justice Geoffrey Morawetz of the Ontario Superior Court issued an order for protesters to disperse and allow traffic to resume across the bridge.

Protesters initially responded with defiance, and the crowds only grew, but on Saturday the Windsor police were able to persuade most of the demonstrators to relocate. On Sunday, after more than two dozen arrests were made and seven vehicles were towed, the company that owns the bridge announced it was “now fully open, allowing the free flow of commerce between the Canada and U.S. economies once again.”

The Detroit Free Press reported no serious delays in crossing the Ambassador Bridge as of Monday morning.

“It’s time to get traffic and trade moving across North America’s busiest land border crossing again. I will always stand with every hardworking Michigander and do whatever it takes to ensure that our businesses can keep humming along,” Michigan Governor Gretchen Whitmer said on Monday.

“I want to thank the unified coalition of business leaders and organizations representing working men and women on both sides of the border for coming together to get this resolved. And I appreciate the U.S. and Canadian governments for hearing Michigan’s concerns loud and clear and stepping up to reopen the bridge,” she said.