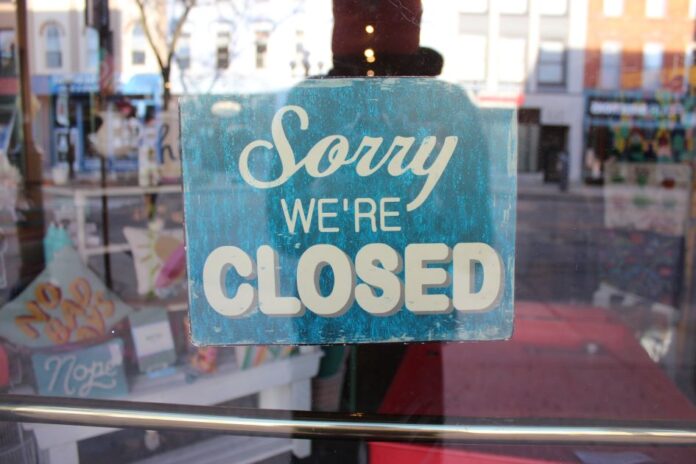 Democratic Michigan Governor Gretchen Whitmer might think she has a good year coming up, one in

which she’ll win her re-election bid. However, as more and more comes about the tyrannical leader, it’s looking less and less likely by the day.

So why is she losing popularity so quickly?

Well, a large part of that is how she has handled the COVID-19 pandemic and her blatant hypocrisy about it all.

Whitmer, a fairly little-known Democratic pawn, became largely known in 2020 when she began imposing some rather drastic measures to supposedly keep her state and its people safe from the pandemic. But while most other states were instituting mask mandates and closing down “non-essential” businesses, Whitmer went so far as to ban travel out of the state (but not into it), close down the garden centers, and even ban the sale of paint.

Well, apparently, if people were going to be shuttered in their homes, they had better be just sitting there, not doing home improvement projects or trying to grow their own food while store hours were and capacities were limited.

But in addition to her near draconian ways, she made sure that none of those same rules applied to her and hers.

Take, for instance, that while the entire state was on lockdown, she told her constituents to refrain from traveling anywhere, particularly if that place was out of state or international. After all, Michigan was rather hard hit by the pandemic, despite the many closures and mandates.

But that didn’t stop her.

No. In fact, she even went to Florida for spring break, an act she specifically told the people of Michigan was a no-no. This is because 1) it was obviously out of state, and 2) it was Florida, where far too many people converge every year is less than publicly health-conscious situations to have fun in the sun. Oh, and of course, there was the bit about how Florida’s more conservative leadership wasn’t forcing the same idiotic logic on its residents or those traveling there.

Of course, Whitmer’s office couldn’t deny the fact that their leader had gone to Florida; they claimed she had only done so for a “very brief” time and that while she was there, she “closely followed public health guidelines.”

However, proof was found otherwise.

Then, it was found out that one of Whitmer’s top aides also went to Florida during what could have been called spring break.