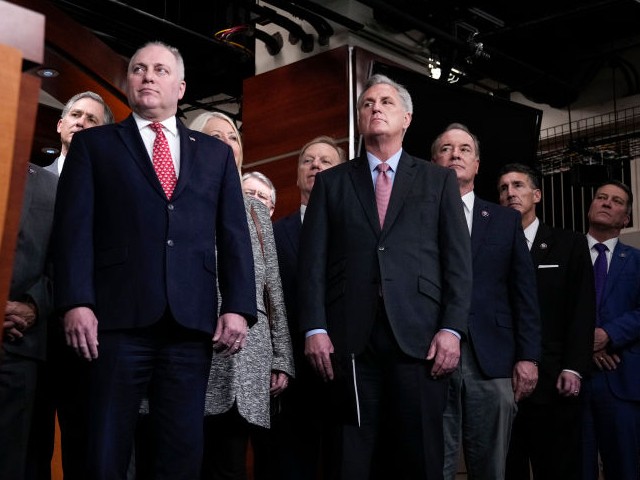 The latest poll from the Trafalgar Group revealed Republicans had a commanding 12 point lead over the Democrats on a generic ballot when the respondents were asked which party they would vote for if the election for Congress was held “today.”

While generic Republicans lead in the polls, a plurality of voters said they are confident Republicans would follow through on their promises to try to block or undo President Joe Biden’s far-left policies and agenda.

Broken down by party, 82.7 percent of the Republican respondents said they were confident that the generic Republicans would block Biden’s far-left policies and agenda, while 39.1 percent said they were very confident.

In comparison, 80.2 percent of the Democrat respondents said they were confident in the generic Republicans would block Biden’s far-left policies and agenda, while a majority (55.5 percent) of them said very confident.

The majority of voters also believe that Biden’s far-left policies to fix inflation are hurting America’s economic recovery. There were 54.2 percent of the respondents who said hurt the economy, while only 31.7 percent said help the economy, and 14.1 percent said unsure.

The Trafalgar Group poll asked 1073 likely general election voters from February 2 to 6. The margin of error was plus or minus 2.99 percent, with a confidence level of 95 percent.