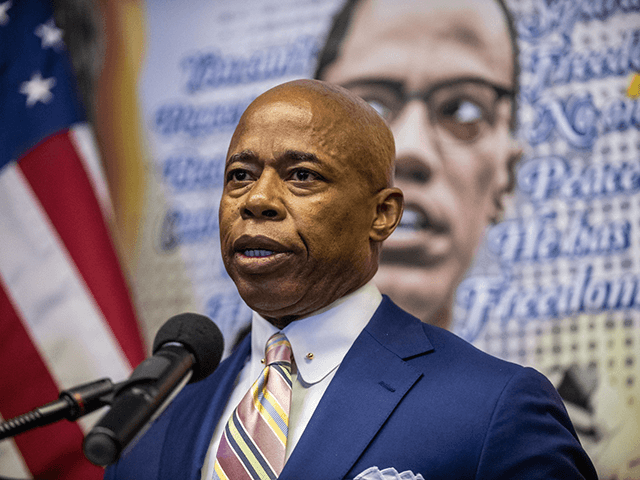 Most of the fired employees were on unpaid leave for more than three months before termination on Friday, the New York Times reported.

About 940 employees reportedly changed their minds and decided to comply with the city’s vaccine mandate to keep their jobs. Before coming back to work as vaccinated, about 40 percent were on unpaid leave. WABC 7 reported:

And 99.8% of new employees, hired under the requirement that they get two vaccines doses, did so.
Only two city employees hired after Aug. 2 failed to get vaccinated and were terminated Friday.

The largest group of employees to be terminated included 914 Education Department employees and 101 who worked for the Housing Authority.

Mayor Eric Adams issued a statement praising the vaccinated for doing the “right thing to protect themselves and all New Yorkers.”

“Our goal was always to vaccinate, not terminate, and city workers stepped up and met the goal placed before them,” he continued. “Out of all the new city employees who received notices two weeks ago, only two who worked last week are no longer employed by the city.”

Before Friday’s deadline, 370,000 city employees got the jab with 95 percent receiving at least one shot. Only 84 percent of city employees had gotten a jab before the mandate in October.

The termination of 1,430 workers comes as Democrat states have pivoted from coronavirus mandates. Many states have sunset masking mandates, while Washington, DC, has terminated their vaccine mandate for patrons visiting a business.

The pivot has come without a scientific change in coronavirus transmission. But polls have indicated Biden’s favorability of coronavirus management has declined since assuming office.