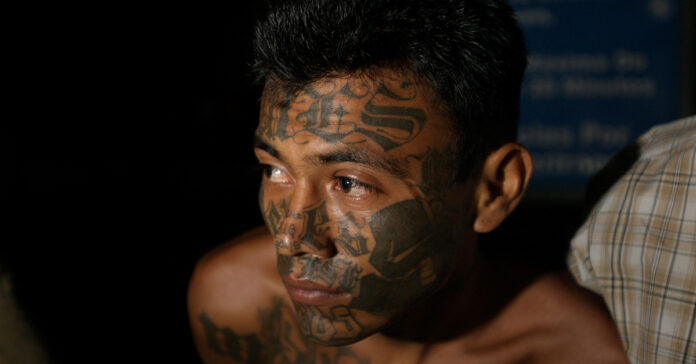 In the wake of the new progressive policies regarding racial equality, many criminals have been afforded opportunities to escape justice that would not have historically existed. From bail reforms that make walking away from serious crimes easy, to the more recent ticket and release policies, there has never been a time with such high rates of crime.

In Texas, bail reform has been a hot-button topic for some time now, and it’s only about to get worse. Harris County District Attorney Kim Ogg recently had to face these realities as she released a statement pleading for assistance from the community in locating Karla Jackelin Morales. Morales- age 20 has been out on pre-trial bail for her role in the death of Jose Villanueva.

Back on July 28, 2018, Morales lured Villanueva to join her in a grassy field to smoke some marijuana she had gotten for his birthday. It was there that he was attacked by five members of the infamous MS-13 gang. He was hacked repeatedly with machetes and as he attempted to crawl away, he was shot numerous times. Villanueva had been on the run from the gang for weeks for disparaging them in a rap song, and Morales had lured him to their trap for revenge.

Since then, the other five defendants have been tried and convicted. As the statement from DA Ogg reads “Back when Morales was charged, prosecutors asked a magistrate judge to set her bond at $250,000. The judge instead set it at $100,000. A district court judge later lowered the bond to $60,000 and waived the defendant’s fees for an ankle monitor…The defendant was set for trial on Oct. 25 and was free on a $60,000 bond. On Oct. 20, she cut off her ankle monitor, which included a GPS tracking device, and absconded. She has since been charged with bond jumping.”

This serves as a clear-cut case of what is wrong with the American justice system. In a gangland-style attack, this woman was given an incredibly light bail that allowed her to easily get back on the streets and ultimately allowed her to cut off her ankle monitor to escape. This is a woman who should have ultimately been in jail anyway, but the prosecuting attorney gave her a break.

As a society, we have come a long way in how we treat criminals. While many see nothing wrong with the changes, there have been several hiccups along the way, and this is certainly one of those. With people involved in gangs committing crimes like this they ultimately have an opportunity to get away. Their network of associates will do what is needed to keep someone safe and out of jail when they have committed crimes on their behalf.

A free and happy criminal often is easier to keep quiet than one in jail. Once jailed many criminals will begin to confess knowledge of other crimes, and by removing that opportunity by getting them their freedom, they ultimately ensure their survival. Keeping them in pre-trial confinement in turn greatly reduces that possibility and gives the State a stronger chance at reaching a plea bargain.

Given the number of bail jumps this country has seen, it is highly unlikely she will be back in court any time soon. When you factor in the length of time between her escape and the time of this press release the likelihood of her being far away from Houston is incredibly strong. Given the violent nature of MS-13 and her first-hand knowledge of the crime and the gang itself, there is also a high possibility that the only way she will be found is deceased.