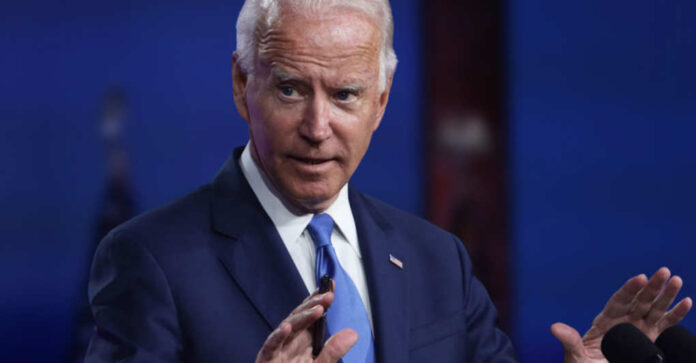 NBC News’ Lester Holt conducted an interview with President Biden recently that showcased just how rude, uninformed, and delusional the President has become. While Holt was doing everything he could to show him respect, President Biden refused to return the gesture.

While discussing the potential conflict between Russia and Ukraine, Biden refused the idea of going in and getting Americans out who may be trapped. “It’s not like we’re dealing with a terrorist organization. We’re dealing with one of the largest armies in the world. It’s a very different situation and things could go crazy quickly.” His position to try and avoid angering the Russians is understandable in the current situation.

Yet we are a global superpower. Or rather we once were. The days of not being afraid of our own shadow and being willing to go after anyone who threatens liberty and freedom have passed us under this administration. The eight years of President Obama made us a vulnerable and weakened country. While President Trump did his best to get us back to our original position of toughness, the Democrats in Congress did everything they could to prevent that.

When asked about informing Putin to leave any Americans that could be trapped there alone, Biden at first indicated that he had told him, then admitted that he had not directly said anything because he didn’t have to. Holt then switched topics to a new report from the Army that indicated Biden royally messed up with the withdrawal. Something Biden rejected but wouldn’t outright say was false; just that he rejected the claims. As the conversation continued, he admitted there was never any hope of uniting Afghanistan…after initially saying Ukraine, then Iraq before finally arriving at the right answer.

When the topic shifted yet again to inflation Biden responded by attacking Holt and calling him a “wise guy”. His nonsensical rambling about COVID choking out the production of computer chips and the resulting problems within the automobile industry causing inflation was nothing but utter nonsense. The recent increase of his ramblings on various topics and going off-topic completely is very troublesome.

In fact, during the entire interview, he only gave one truly direct answer, and that was about his SCOTUS nomination. “I think we’ll get a vote from Republican side for the following reason — I’m not looking to make an ideological choice here, I’m looking for someone to replace Judge Breyer with the same kind of capacity Judge Breyer had, with an open mind, who understands the Constitution, interprets it in a way that is consistent with the mainstream interpretation of the Constitution.”

Minus this one moment of clarity, the entire interview was nothing more than Biden trying to act like a tough guy, while showing just how horrifically weak he is both mentally and physically. His tremors are something neurological that got worse as the interview went on. Concern for his physical and mental wellbeing must be on the mind of everyone in government, as publicly he is showing little to no signs of being able to lead effectively.

Biden has this false sense of reality. Anything negative he cannot outright ignore he is downplaying severely. From his warped perspective on Afghanistan to his taking Holt’s job as a reporter as him being disrespectful, to his ideas of the SCOTUS nomination sailing through a very divided Senate, he has no real grasp on reality anymore. Showing just how far he has gone from what he once was is not a good look for him or anyone in the nation. For now, Americans in Ukraine need to be fleeing the country as things look to only get worse, and Americans here at home need to get ready for another impending battle that Biden refuses to get ready for on a real scale.