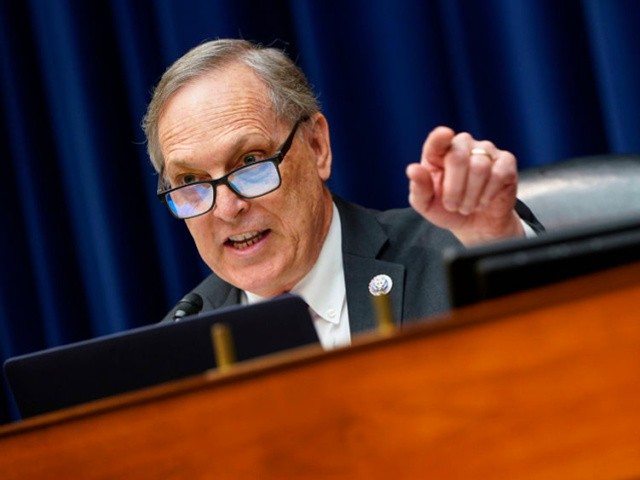 Biggs and his eight Republican colleagues on the Subcommittee on Crime, Terrorism, and Homeland Security sent a letter, first obtained by Breitbart News, to subcommittee chair Rep. Sheila Jackson Lee (D-TX) on Wednesday evening detailing reports about a Michigan incident that prompted their investigation request.

The GOP congressmembers wrote that Jackson Lee “must immediately” hold a hearing to “investigate the recent reports that U.S. Immigration and Customs Enforcement (ICE) released an illegal alien with ties to terrorism from custody because he might catch COVID-19 in a detention facility.”

Read a full copy of the letter below:

Michigan-based journalist Charlie LeDuff first reported on the illegal alien’s release and his reporting was later corroborated by the Detroit News. The reports revealed that Issam Bazzi, who was born in Lebanon but living in Venezuela, attempted to enter the U.S. illegally near San Antonio, Texas, in November with his wife and daughter but that they were apprehended by border officials.

Both FBI and ICE officials recommended Bazzi stay detained, with one official citing that Bazzi was a “known suspected terrorist” and “a flight risk,” according to the reports.

Nevertheless, the Department of Homeland Security, led by Secretary Alejandro Mayorkas, authorized that Bazzi and his family members be released into the U.S. One report, according to LeDuff and the News, specified that DHS authorized Bazzi’s release in part because he was overweight and would therefore be in a higher-risk category if he contracted coronavirus.

Bazzi and his family members were released from an ICE facility in December and, according to Bazzi’s brother who spoke to the News, bused from Texas to Dearborn, Michigan, because Bazzi has a seven-year-old son in that area.

The brother gave details of his family’s story to the News, saying there “must be a mistake, because my brother is not a terrorist.” Bazzi has an immigration hearing scheduled for March.

The GOP congressmembers wrote of the incident that “the facts of this case strongly suggest that the Biden Administration failed to follow appropriate protocols with respect to suspected terrorists. … There is no known case in which a foreign national who pinged on the terror watchlist was simply released on his own recognizance.”

The GOP subcommittee members also noted they want the hearing they are requesting to examine the broader issue of “the national security threat posed by foreign nationals with terrorism ties entering the United States due to the Biden Administration’s lax border security and immigration enforcement.”

Breitbart News has reached out to Jackson Lee’s office to inquire on if the congresswoman intends to respond to Biggs’s letter.