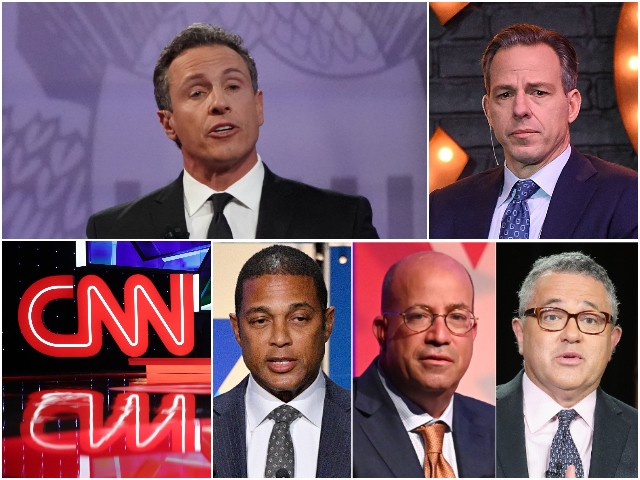 Throughout last week, this far-left propaganda outlet that spreads misinformation, conspiracy theories, and violence could only attract an average of 444,00 total day viewers.

Let us pause for a moment to bask in the Lord’s love for us.

According to Fox News, the last time CNN’s ratings were this low was November of 2015.

Do you have any idea how awful that is? Anything below a million viewers is considered humiliating, and CNNLOL cannot even hit half that number.

The smug and insufferable Jake Tapper is the top guy at CNN with only 663,000 average viewers. But as Fox points out, obscure programs such as I am Shauna Rae, Restaurant Impossible, Chaos in Court, Ancient Aliens, and The Real Housewives of Orange County “are among the shows that finished with a larger audience than” Tapper.

Here are the raw numbers:

During primetime, in all of cable TV programming, Fox was number one, MSNBC was number three, and CNN came in — lol — 19th!

CNN is so reviled people aren’t even tuning in to watch the trainwreck. After Chris Cuomo and disgraced former CNN chief Jeff Zucker resigned in disgrace, I expected to see a bump in the rating as rubberneckers tuned in to hate-watch. But the numbers just keep dropping and dropping.

And CNN cannot blame a lack of news. The entire Deep State was ginning up a phony war with Russia; you had the Freedom Convoys in Canada and elsewhere, the economy is in shambles, Ben Affleck and J-Lo are back to doing the bad thing…

Compared to a year ago, the total day ratings at Fox News increased nine percent.

Meanwhile, over at CNN, the total day ratings collapsed 72 percent while the primetime ratings dropped by 76 percent.

You can throw back your head and laugh now.

Yesterday, Jeff Zucker’s sidepiece, Allison Gollust, resigned, and the far-left New York Times reported a bunch more humiliating details. So now Chris Cuomo is even more eager to air tons of dirty laundry in his upcoming $60 million lawsuit where, among other things, he will supposedly accuse Zucker of boosting disgraced former Gov. Andrew Cuomo (D-NY) at the expense of Donald Trump with a ton of free airtime and political advice.

Oh, and now we’re learning that Chris Cuomo was supposedly fired, not for the reason we were initially told, for helping his brother get out from under all those sexual harassment claims, but due to a 2011 sexual assault allegation against Chris.

So even when announcing Fredo’s firing, CNN spread misinformation.

CNN is broken beyond any hope of repair outside of a total reboot that will still take years to go anywhere.