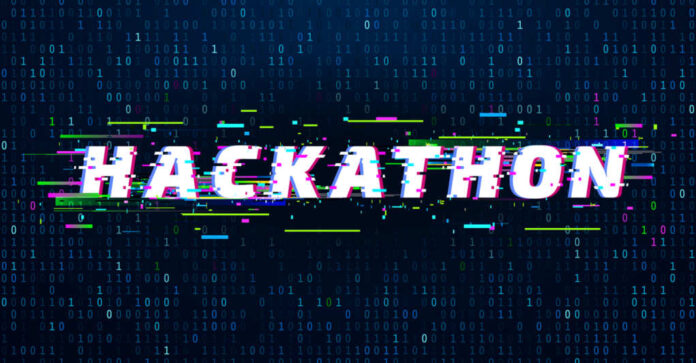 Hackathons are popular as it is an event that allows programmers to get together. It’s a sprint or competition that helps graphic designers, coders, programmers, and more to collaborate on a specific project.

Often, the participants work toward a specific goal – building a software application or a robotic prototype.

Tech companies are widely known for creating hackathons as a way to gain some innovative solutions to their problems – and the awards for those who participate in the winning project can be quite significant.

The Army has decided that they wanted in on some innovative solutions, too. They borrowed the idea of the Hackathon as a way to lure some of the best computer programmers and coders – and the results have been more than a little impressive.

Especially in a time when we hear about how China, North Korea, and others are more technologically advanced than the U.S., we have to do whatever we can to get ahead. And the Army has decided to accept that challenge head-on.

One of the biggest issues that the Army has had is getting a self-driving car to drive over rough terrain.

We keep hearing how autonomous vehicles are the future, but if they can’t drive in the desert, they are no good to the military.

A Pentagon-driven “innovation network” held a hackathon last week that explained how autonomous vehicles are struggling in off-road environments. Cash prizes of $15,000 a piece was given out for those who could offer viable solutions.

Within the “innovation network” were the Office of the Undersecretary of Defense for Research and Engineering, the National Security Innovation Network, and the Compat Capabilities Development Command of the Army.

The chief roboticist for the Army Ground Vehicle Systems Center, Robert Sadowski, explained that service members have to be able to use driverless cars in combat and off-road. “A lot of the problems are totally unique to the Department of Defense.” He went on to say that there aren’t teams at Tesla, Ford, or Chrysler solving these unique problems.

The challenge within the hackathon was named “Off the Beaten Path.” Entrepreneurs were challenged to pitch ideas that would help autonomous vehicles to protect the system so that it can complete the mission, make position adjustments without access to GPS, and predict and detect obstacles such as trees and rocks while also being able to make immediate assessments as to whether the vehicle can drive over it or around it.

Sensors would be the easy solution to anyone looking at the problem from the outside. Civilian cars can use these without a problem. There’s just one big problem, as Sadowski explains: “We cannot use many of the sensors. If I’m emitting that means the bad guys can see me, too.”

By the time the hackathon was done, three companies were awarded $15,000 for their ideas.

MVision, a team from the University of Michigan, proposed the use of an ultrasonic sensor to analyze obstacles.

ATVision, a team from the University of Louisville, proposed an enhanced approach to off-road driving using convolutional neural networks and adversarial attack detection.

Ubicept, a startup team from MIT, the University of Wisconsin, and Silicon Valley, proposed a passive navigation camera along with a system that offered non-line-of-sight imaging.

It seems that the hackathon helped to solve some of the problems – and spending $15,000 is a small price to pay if it allows the Army and other military branches to move forward with more innovative solutions in the field.

Hackathons may prove to be the best way to be more innovative moving forward, ensuring that the U.S. doesn’t fall behind.