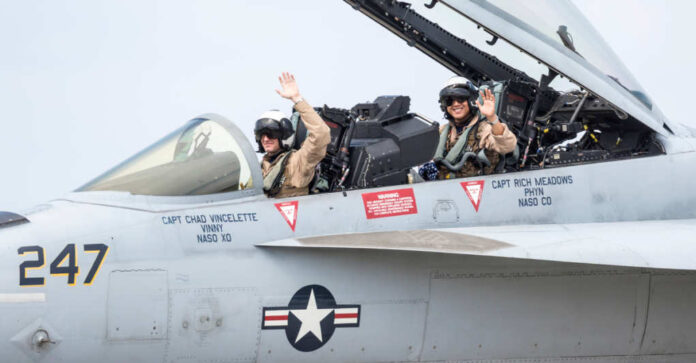 For the past four years, the Air Force has made a concerted effort to fill every stall in its corral with war-ready aircraft. The goal is to be able to react in record time and at full strength should the signal be sounded. But things haven’t been going so well.

In the fiscal year 2021, out of every 10 planes needed to complete missions, only seven were available. This caused the delay of combat missions, routine operations, and pilot training. The planes were sitting in hangers with their engine parts strewn everywhere.

Mission-capable rates are used to determine the readiness of nearly 40 of the Air Force’s essential aircraft. In 2020 the rate was bad at 72.7%, but 2021 saw it drop even further to 71.5%. The lowest it’s ever been was in 2018 when it toppled to a historical low of 70% but that record might soon be broken if action isn’t taken much sooner than later.

Financially, it’s U.S. taxpayers who are getting the unlubricated end of the shaft. Some of these planes are over 50 years old and the required maintenance to keep them mission-worthy is staggering if they can be fixed at all. As long as this status quo is allowed to continue the reliability of the Air Force to successfully complete its mission, both in war and in peacetime, remains in serious question.

The Air Force blames lawmakers for getting in the way. They don’t want to foot the bill for replacing outdated aircraft. It’s a lot of money and they have voters to consider. Maintenance costs and such aren’t as widely publicized as spending billions on new planes would be.

The flyboys keep submitting plans year after year like they’re told to do, but year after year they keep being rejected. As it stands now those plans are caught up in a quagmire until at least the fiscal year 2023 so keep your fingers crossed over this Russia/Ukraine thing. The Air Force isn’t ready for that sort of thing just yet.

Mission-ready rates in the 70 percentile are not going to be enough against a major adversary such as China or Russia. Heritage Foundation defense expert John Venable, also a former fighter pilot, put it this way.

“Think about running a war against Russia or China, where you’ve got to generate all of your aircraft in order to make that happen. The math does not bode well.”

Seven fighter-type aircraft which include B-1B Lancer bombers, CV-22B Osprey air-lifters, and F-22A Raptor fighter jets, are at less than 60% operable and they’re not being fixed any time soon. They’ve had to take a backseat to planes needed for daily operations.

In 2020, had they been called upon, only 41% of B-1s would have made it out of the starting gate. Those that were down had extensive engine problems and had been down for quite some time.

Searching for the bright side of this conundrum, 90% of remote-controlled Reaper attack drones are waiting to fly off the shelves at a moment’s notice. But don’t get too excited. First, you have to get the drones to where they need to be and this requires, you guessed it, the good old USAF and its broken-legged horses.

Reaper drones have a range of 1,150 miles. China is 6,903 miles from its closest U.S. border. Get the picture? In the long run, it would be less expensive to replace the antique aircraft than what we’re currently spending to attempt patching them up. Then there’s the capability of winning a war to consider…