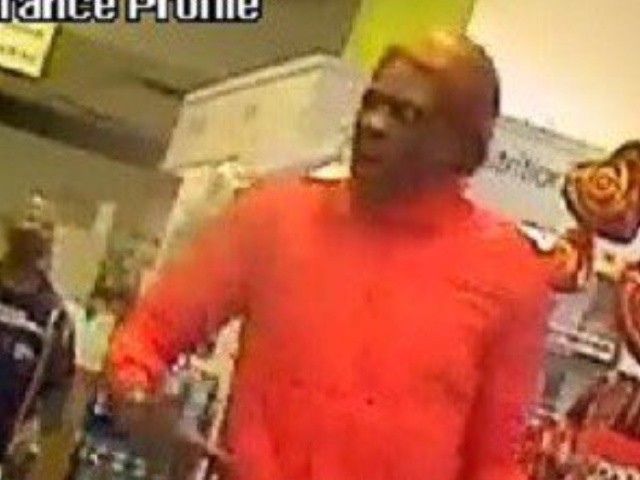 In a since-deleted tweet, the official NYPD account posted a photo of the stolen merchandise, which included over-the-counter medicine, diapers, and cleaning supplies, with the following caption:

After receiving numerous larceny complaints in the Bronx, officers from @NYPD4Pct recently arrested 12 individuals following an enforcement initiative targeting shoplifters. The arrests made led to the closure of 23 warrants and the recovery of $1800 worth of merchandise.

AOC shared a screenshot of the NYPD tweet and claimed New York City’s “economic priorities” created the conditions that pushed the criminals to shoplift.

When I talk about violent conditions, this is what I mean. But hey, it’s much easier to frame people who steal baby formula and medicine as monsters to be jailed than acknowledge our politics and economic priorities create conditions where people steal baby formula to survive.

She then blamed the shoplifting on the now-expired child tax credit, which Congress included in President Joe Biden’s $1.9 trillion coronavirus relief package.

“Child tax credit expired Dec 31st and it was many people’s lifeline to feed and clothe their kids,” Ocasio-Cortez tweeted. “Politicians let it expire overnight with a shrug, but now want to feed into the sensationalism around crime acting like shoplifting has nothing to do with their actions. Wild.”

Although Ocasio-Cortez believes the child tax credit expiration motivated the criminals to shoplift, each arrested individual has prior criminal records. Between the 12 of them, they have arrests for assault, robbery, prostitution, burglary, strangulation, and of course, shoplifting.

As the Daily Mail reported:

Among the dozen arrested, Weston Coot, 38, of Grand Concourse, had been convicted of assault after he glassed a man in the face in a Hell’s Kitchen bar fight in 2009. It was his second felony arrest. He has eight arrests in his rap sheet. Tanya Thomas, 43, has 26 priors, including prostitution and robbery. Euniya Morales, 34, of Claremont Village, has been arrested 22 times, including for assault.

Annieza Saulmarshall, 39, of Highbridge, has a past arson charge in addition to burglary, evidence tampering and contempt. Carlos Bonet landed in jail after obstructing someone’s breathing, in addition to 15 other criminal offenses over his lifetime. He has something in common with Urayoan Reyes, 39, who was busted for strangulation, along with criminal mischief and other violent crime.

Jennifer Pino, 43, of Concourse, Prince Singleton, 38, of East Harlem, Eugene Morrison, 46, of South Ozone Park, Queens, Shahana Taylor, 64, of Highbridge, and Santos Negron, 41, of Wakefield, were also busted for shoplifting and have lengthy prior records.

In addition, Ocasio-Cortez’s viewpoint ignores the fact that there is a nationwide black market for stolen baby formula that was documented over five years ago.

This is not the first time AOC has attempted to link New York City’s increasing crime rate to the expiration of the child tax credit on December 31. In a February interview with the New Yorker, Ocasio-Cortez said, “We don’t want to say some of the thing that are obvious, like gee, the child-tax credit just ran out, on December 31, and now people are stealing baby formula.”