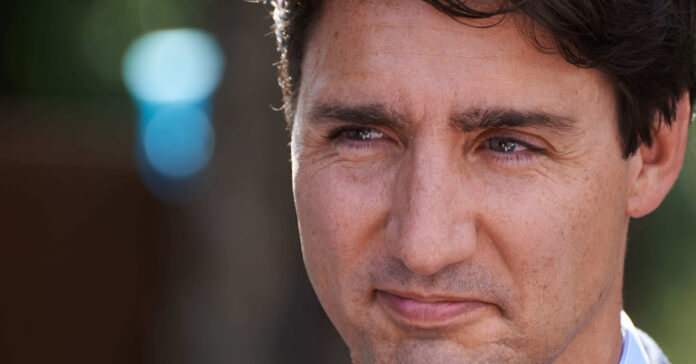 Justin Trudeau, the Prime Minister of Canada, has taken a lot of heat from several civil liberties groups and other politicians for invoking emergency powers to stop the protests from the Freedom Convoy against the country’s COVID-19 restrictions. The protests have caused some traffic issues in several cities and at the border. But the Canadian Civil Liberties Association has said that the protests do not meet the criteria for Trudeau to invoke the Emergencies Act.

“The Emergencies Act can only be invoked when a situation ‘seriously threatens the ability of the Government of Canada to preserve the sovereignty, security and territorial integrity of Canada’ & when the situation ‘cannot be effectively dealt with under any other law of Canada. Governments regularly deal with difficult situations and do so using powers granted to them by democratically elected representatives. Emergency legislation should not be normalized. It threatens our democracy and our civil liberties,” the Canadian Civil Liberties Association wrote on Twitter.

Trudeau used Canada’s Emergencies Act so that the federal government could use broad powers to tow away vehicles and keep essential services running. They can also freeze the personal and corporate bank accounts of those who are protesting. The government will aim at their livelihoods and their sources of financial support.

Chrystia Freeland, Canada’s Deputy Prime Minister, told the Freedom Convoy participants to consider themselves warned. She said that if a truck is used in the blockades, the corporate account of that vehicle will be frozen and the insurance of the truck will be suspended. She told the protesters to send their trucks home.

Some liberal groups have approved the measure from Trudeau, but others have condemned it as government overreach.

A politics professor at Mount Royal University in Calgary, Lori Williams, said that there is a danger that this move by the Canadian government could create more problems than before. She said that it should have been done with the cooperation of premiers and if they did not want it, the government should step back. Williams believes that any action has to be targeted and restrained because of the kind of powers that would be implemented.

An assistant professor at Carleton University in Ottawa, Leah West, said that the federal government should consult with provinces and Cabinet before they assume that the convoy has risen to the level of a national emergency. She questioned whether the security of Canada is threatened by largely non-violent protests and said that the nation’s sovereignty and territorial integrity are not at risk.

Francios Legault, Quebec’s Premier, believes that invoking the act risks adding oil to the fire and will polarize the people of Canada. He said that local authorities in the provinces have the situation under control.

“I was very clear with the Prime Minister that the federal emergency act must not apply in Quebec. I think we don’t need it. I think that at this moment it would not help the social climate. There’s a lot of pressure right now and I think we have to be careful. So it’s about time we put all Quebecers together. But I can understand that enough is enough in Ottawa. You can protest but you cannot do what they are doing for two weeks,” Legault said.

Heather Stefanson, the Manitoba Premier, believes that the effects and signals that come from the act will not be constructive in her province. She believes that caution should be taken against overreach so that there are no unintended consequences. The Emergency Act, which has never been used in Canada before, should only be considered on a “measured and proportional” basis where it is truly needed, Stefanson said.

Tamara Leach, the organizer of the Freedom Convoy, said that protesters will “hold the line” against any government action.

Many in the United States are standing with the convoy protesters.